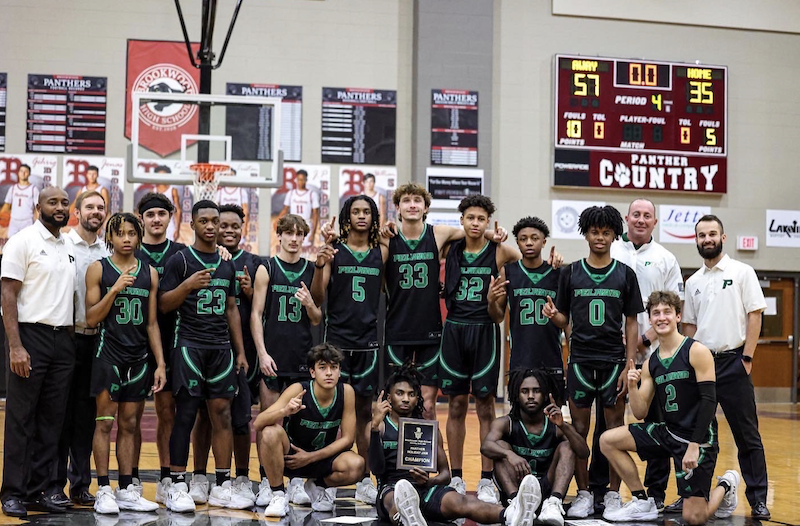 PELHAM – A strong offensive performance by the Pelham Panthers helped to maintain a lead and secure one last victory in 2022 with a match against Brookwood.

Pelham finished the first half with a 26-13 after knocking down 15 points in the first quarter and another 11 points in the second quarter. Corey Perkins led with three baskets knocked down from the free throw line, two outside the arc and one from inside the arc.

Returning to the second half, Brookwood was able to pull away with another 22 points before the game concluded. However, an aggressive offensive performance from the Panthers secured them their final victory of 2022.

Hollis carried the Panthers in with three baskets knocked down inside the arc and one outside the arc. Jackson Germek followed Hollis with two field goals totaling six points.

Wimberly totaled five points from two baskets knocked down in the second half. Sam Tolbert made the front end of a one-and-one. Kendall Smith totaled four points from field goals.

Perkins, Gennari and Henschel tagged on two points each to the Panthers’ final score.