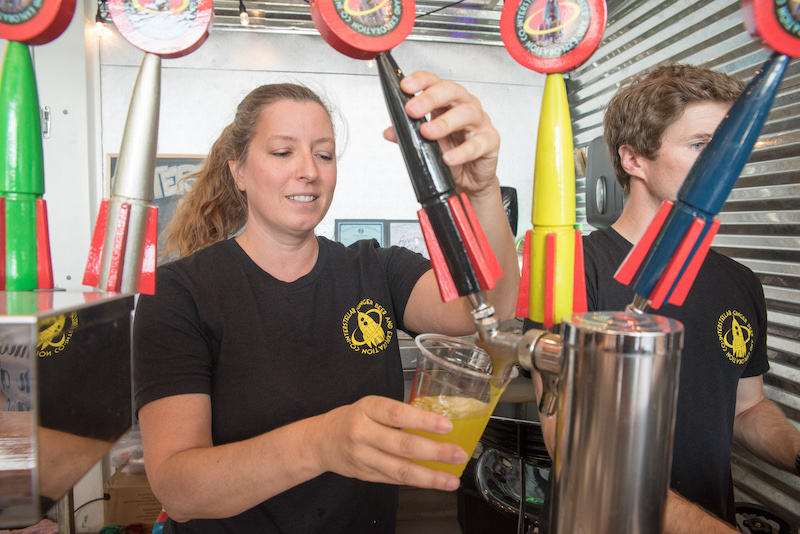 Interstellar Ginger Beer and Exploration Co. announced that it will officially close its doors in an Instagram post on Jan. 1. (File)

ALABASTER –  Interstellar Ginger Beer and Exploration Co. has announced that after five years of business it will close its doors on Saturday, Jan. 28.

“Cheers friends, we out,” read an Instagram post by co-owner Shane Kelly. “Today, I am announcing that Interstellar will be closing Jan. 28. We had a great run and made some great friends.”

The brewery opened in September of 2017 and was the product of microbiologist Dr. Shane Kelly and entrepreneur Daniel Sims.

The business was the first brewery to open in Shelby County and is known for its focus on ginger beer.

“This business is a challenging one, and since the birth of my baby girl, I have been thinking about moving on to have more time with her,” Kelly said. “Six years is a long time to run a small business, and I have recently begun to realize that Interstellar has taken so much of my time and energy but given little back financially. It’s time for me to walk away, sell assets and look for the next opportunity.”

The business is located at 260A Regency Park Dr. in Alabaster. It will remain open on Thursdays, Fridays and Saturdays until Jan. 28.

“We will cherish the friends we made on the way and the customers we served,” Kelly said. “We will see you down the road.”