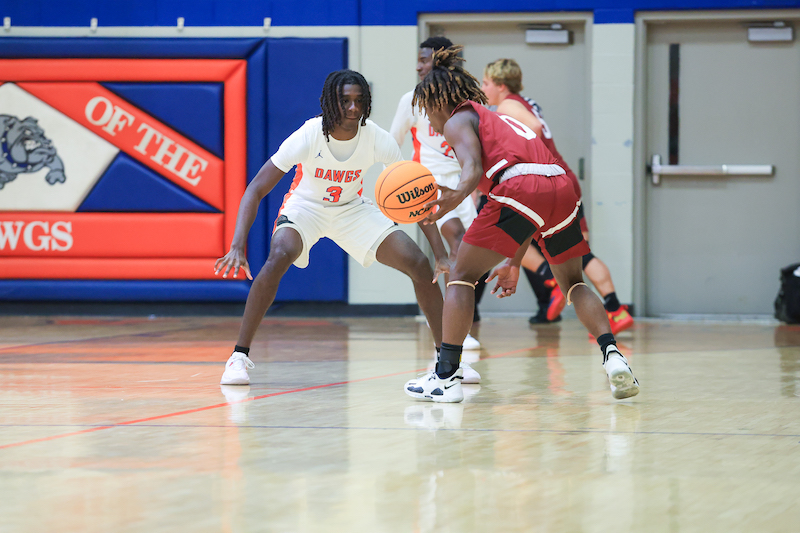 Montevallo boys finished 2022 with one final win against Tarrant. (File)

TARRANT – Montevallo boys put in overtime work at the Tarrant tourney during the fleeting days of 2022. The Bulldogs faced some adversity in the first round but ended the year on a high note with one last win.

Ja’Von Chism led the Bulldogs in the first half with three field goals totaling six points. Keiston Ross Chism after knocking down one basket outside the arc and made the front end of a one and one.

Dee Cutts and Demeco Gibbs both totaled four points each. Malachi Cartwell tagged on an additional two points for the Bulldogs within the paint.

Montevallo’s offense made a major comeback after knocking down 14 points in the final quarter. The Bulldogs tied the score with Cornerstone and sent the round one game into overtime.

Cornerstone ultimately won in the end after knocking down seven out of its eight free-throw attempts. Montevallo kept the game close but fell to Cornerstone 61-56 in double overtime.

Chism carried the Bulldogs in the second half with three baskets knocked down within the arc and one outside the arc before overtime started. Chism tagged on two two-pointers during the extra time.

Montevallo went up against Tarrant in the second round. The Bulldogs overcame their 8-4 first-quarter deficit and took the lead before the first half concluded after picking up 21 points in the second quarter.

The Bulldogs led 25-20 before the first half concluded.

Rutledge led Montevallo in the first half with three baskets knocked down outside the arc. Ross and Chism both totaled six points each from three field goals.

Montevallo’s defense continued to apply pressure on Tarrant in the second half. Tarrant finished the game with eight points in the third quarter and nine points in the final quarter.

The Bulldogs’ offense pulled away with 10 points knocked down in the third and fourth quarter. Tarrant fell to Montevallo 45-37.

Rutledge carried the Bulldogs in the second half with three baskets knocked down within the arc and two from the free throw line. Locks followed Rutledge with three field goals totaling six points.