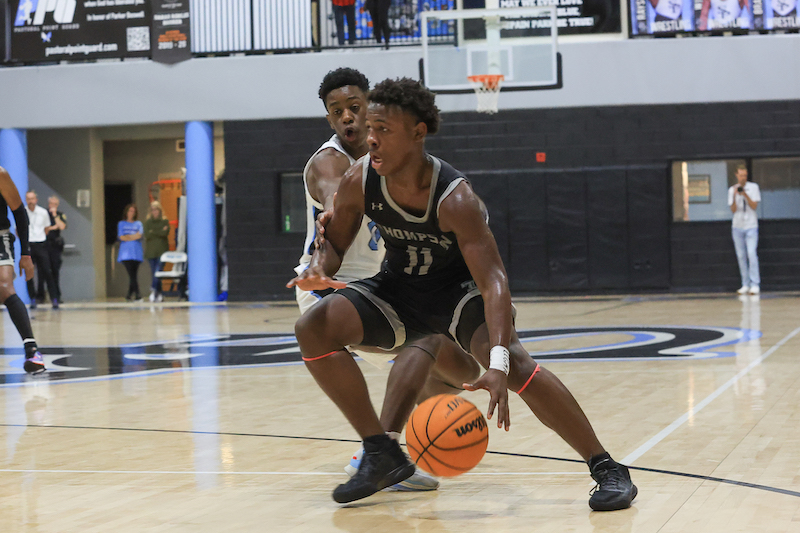 Thompson traveled to Georgia to compete in the Campbell Christmas tournament. (File)

SMYRNA–Thompson’s boys’ basketball added a couple more wins to 2022 at the Campbell Christmas tournament in Georgia just days before the new year began. After facing some adversity in the first round, the Warriors pulled away with two more wins before 2023.

The Warriors faced Decatur in the opening round of the tournament. Decatur picked up a large lead early on in the matchup that Thompson was unable to make a comeback from. Thompson did apply pressure during the second half to close the gap in the final score.

The Warriors fell to Decatur 47-37. Thompson totaled 24 rebounds, six assists and three steals in its first-round matchup against Decatur.

Thompson followed its first-round loss with a matchup against Allatoona in round two.  The Warriors picked up their first win of the tournament. Thompson beat Allatoona 51-43. The Warriors raked in 21 rebounds 11 assists eight steals.

In the third round of the Campbell Christmas tournament, Thompson concluded 2022 with a win against Northgate. The Warriors held a slight lead in the first half against Northgate and continued to increase their edge in the second half.

Northgate fell to Thompson 62-48. The Warriors finished the final round with 25 rebounds, 16 assists and eight steals.