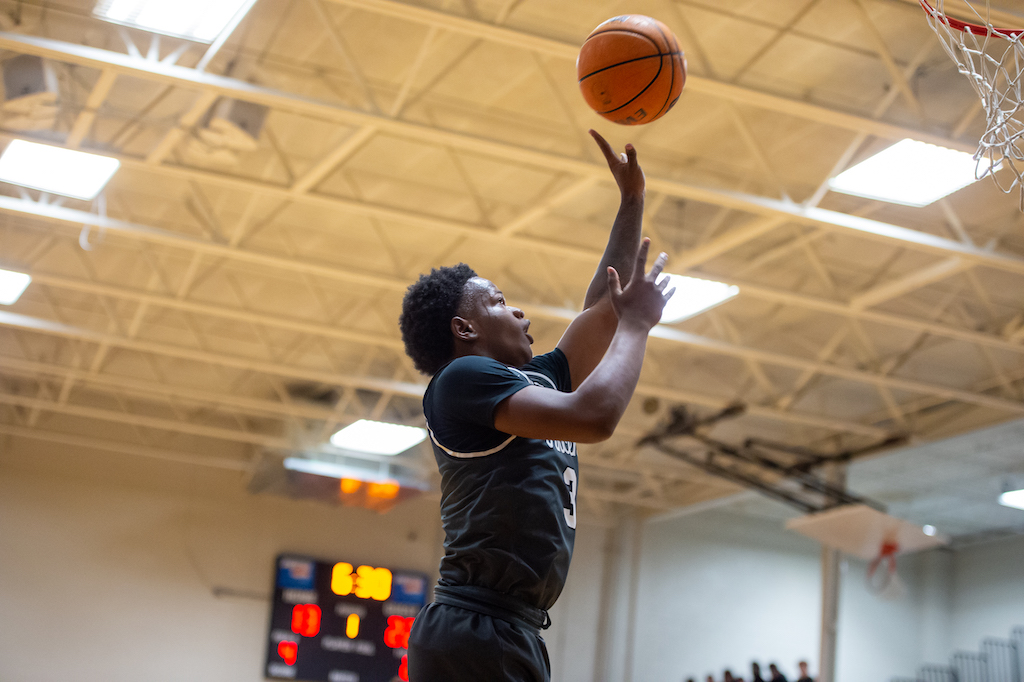 The Vincent Yellow Jackets fell in the championship game of the Anniston Star Classic, but the Jackets are now 8-3 overall after a strong start to the season. (File)

HEFLIN – The Vincent Yellow Jackets extended a win streak to five in a row over the holiday break before ultimately falling in a tight battle with Central-Clay County in the championship game of the Anniston Star Classic.

The Yellow Jackets won their first two games of the tournament 68-25 against Woodland and 38-33 against tournament host Cleburne County.

That was part of a five-game win streak that also saw wins against Shelby County on Dec. 13, Talladega County Central on Dec. 15 and Cornerstone (Birmingham) on Dec. 19.

By winning five of the last six and finishing runner-up at the tournament, the Jackets are now 8-3 overall this season.

In the opening game of the tournament, Vincent got off to a hot start in a dominant 68-25 victory against Woodland.

The Jackets scored at least 18 points in each of the first three quarters, while they limited the Bobcats to single digits in all four periods.

Despite falling behind 5-3 in the opening minutes of the game, Vincent went on a 15-1 run from there to take command with an 18-6 advantage before ultimately ending the opening quarter with an 18-8 lead.

From there, the Yellow Jackets never trailed again.

They went on to score 25 points in the second quarter alone, which was eight more points than Woodland scored the entire first half. That dominant start gave Vincent a 43-17 lead at the half.

From there, the Jackets relied on defense to pull away, as they limited the Bobcats to four points in each of the final two quarters, scoring 19 in the third to create more separation and then six more in the fourth to create the final score.

Vincent finished with 24 steals in the win.

A day later in the semifinals against the host team, it was a much tighter battle throughout, but Vincent’s only deficit came at 2-0.

A 3-pointer shortly after gave the Jackets a 3-2 lead and they never trailed again the rest of the way.

Cleburne County, however, never went away.

The Yellow Jackets extended the lead back to 10 early in the second quarter, but another late run from Cleburne County kept it close at the half.

The Jackets still outscored the Tigers 11-9 in the second quarter, but Cleburne County had done enough to hang around in a 23-16 game at the half.

That led into a defensive third quarter as both offenses struggled to find a rhythm.

The two teams combined for nine points in the period with the Tigers outscoring Vincent 5-4 to cut into the deficit by one point going to the final quarter.

Leading 27-21, however, Vincent came out strong to start the final quarter thanks to a quick basket and 3-pointer to extend the lead to 11 at 32-21.

The Tigers, however, still didn’t go away. They responded with a 7-0 run that was eventually turned into a 9-1 run to cut Vincent’s lead to three points at 33-30.

From there, the Yellow Jackets made five key free throws down the stretch that ultimately put them up 38-30 before a late 3-pointer from the Tigers created the final score.

Allums led Vincent with 14 points in the victory, while Youngblood added 13. That duo also combined for seven steals with Youngblood accounting for five more to total 11 through the first two games of the tournament. Easton Fields and Goodman both had five rebounds to lead the team.

Earning a spot in the championship game a day later, the Yellow Jackets got off to another fast start in the opening quarter against Central-Clay.

Vincent fell behind 4-1 but quickly responded with a 3-pointer that sparked a 12-1 run to end the opening quarter.

That gave the Yellow Jackets an eight-point advantage early, but defensive struggles in the middle quarters became costly.

In the second quarter, the Jackets gave up 22 points, the most they gave up in any quarter of the tournament. They eventually fell behind 24-18 before clawing their way back to a 27-27 tie at the half.

That, however, was the first of two strong quarters in a row by Central-Clay. The Volunteers came out of the break with a 13-2 run to create separation and ultimately outscored Vincent 19-8 in the third quarter to take a 46-35 lead into the final period.

From there, they relied on their defense. Neither team had success offensively in the final quarter, but the pace benefited Central-Clay with both teams scoring four points, leading to the 50-39 victory for the Volunteers.

Vincent totaled 25 turnovers on offense, which became key in the second half.

The Jackets were again led by Youngblood and Allums with 11 points each in the loss, while Pelmer, Goodman and Youngblood all totaled five rebounds. Youngblood finished the game with four more steals.