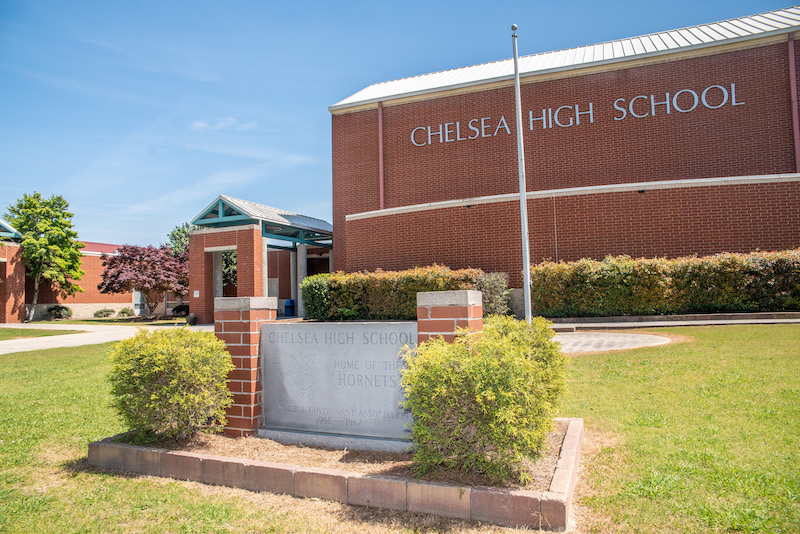 Since then, the plan has been presented to the rest of the Chelsea City Council and members of the faculty and administration of the high school.

“This master plan is very extensive,” Picklesimer said. “It includes classroom additions, a cafeteria expansion and an upgrade to the façade of the building.”

Also included in the plan are upgrades to the Lady Hornets softball complex and a renovation of the football stadium to include increased seating capacity and the addition of restrooms and concession areas alongside additional student parking.

“The largest part of this master plan is the construction of a new competition gymnasium and arena that will also have a multipurpose facility that can be utilized for indoor training by all sports and activities,” Picklesimer said. “This facility would allow Chelsea High School to host regional basketball and volleyball tournaments, wrestling matches, as well as many other uses.”

New locker room space would also be included, he said.

“Having a facility like this would set us apart from all other schools in the Shelby County school system and would be one of the premier facilities in the entire state,” Picklesimer said. “However, this building is not just about sports. It also includes banquet facilities, meeting spaces and additional common areas, a cafeteria and concession area that can be used by all students and events, including football and basketball games.”

Later in January, a public meeting will be hosted at city hall for Brooks, Calhoun and representatives from Latham and Associates architects to present the master plan to the public.

“Many have expressed interest in having input in the process of deciding what improvements are made at our schools and how the proceeds of our one cent sales tax is spent,” Picklesimer said. “This is your opportunity to have your voice heard. I want to encourage you to attend, see the presentation and ask questions and offer input on this plan.”

The plan will require a partnership of all parties involved with the city of Chelsea taking the lead, Picklesimer said.

“I believe that this project is certainly worthy of our investment and will give our students and our city something to be proud of that is much needed and that will be enjoyed for decades,” he said. “Watch our social media and website for the date and time of this presentation.”