Making a difference: Pelham baker seeks to inspire others 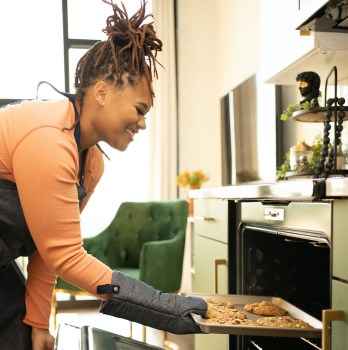 A Pelham native is seeking to inspire others with her gourmet cookie business, turning what started as a postpartum pregnancy craving into a booming business. (Contributed/The Plus Experience) 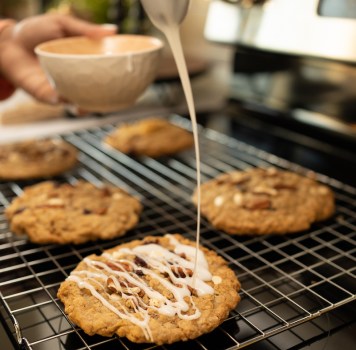 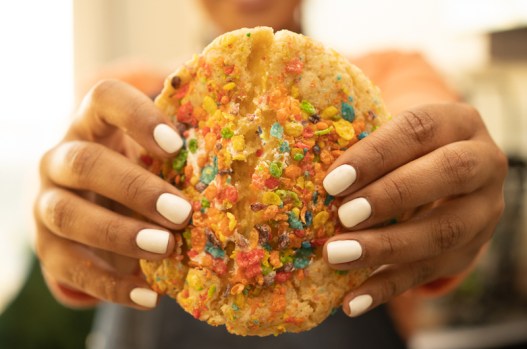 PELHAM – With a smile that lights up the room she walks into, it is evident that Ashley Brown has something to prove.

Brown, a Pelham native and a business owner, has been living in the area for 20 years. She was featured on the Fox Business show “Making Money” with Charles Payne and originally began her business after experiencing a craving for gourmet cookies while going through post-partum.

“No one prepared me for the sweet tooth that came after giving birth,” Brown said. “I figured that if I was going to be eating them so often, I might as well try to make cookies from scratch. When my family tasted them, they were blown away.”

“The journey to being a business owner was completely unexpected,” Brown said. “It was my mother’s consistent push to sell my “famous cookies” that led to me posting a picture of the cookies on social media, and it took off from there.”

Ashley’s Famous Cookies took off in early 2019, but the pandemic slowed business down for Brown.

“I had to adapt to the changes that came with panic buying, supply shortages, inflation and the market shift,” Brown said. “As a small business owner, I went through a lot of uncertainty during that time, and I am still pivoting now as the economy and market is swiftly changing.”

Brown said that her cookies have a deeper meaning than just being a sweet treat and ultimately serve as a creative outlet for her as well as a way of expressing her love for food.

“I feel limitless when I am in the kitchen and enjoy the process of creating unique cookie concepts that people have never experienced before,” Brown said.

In her free time, Brown likes to travel and explore. She recently began capturing her experiences on social media in hopes of inspiring others to get outside and enjoy what the area has to offer. Brown also encourages people to get out and support local businesses.

Tracy Wyatt is a friend of Brown who met in an extraordinary way. The two originally met on the playground as Wyatt watched her grandson play while Brown was with her own son. Wyatt said the two struck up a conversation and a friendship.

“I am telling you, once you taste these cookies, your mind will be blown,” Wyatt said. “She’s so creative. Not only are they beautiful, it is like you are giving yourself a gift every time you eat them.”

Creative and delicious are the two words Wyatt uses to describe Ashley’s gourmet style of cookies.

“You almost feel like you’re opening a present,” Wyatt said. “I am just so impressed and blown away.”

Wyatt said Brown is a genuinely kind person with a positive attitude and speaks to her care as a mother. It was Mother’s Day when Wyatt first tried Brown’s cookies. When Wyatt first met her, she was unaware that Brown had a business.

“We’ve all been hooked since,” Wyatt said.

Brown received a phone call at the end of November asking her if she would like to appear on the show “Making Money” with Charles Payne and talk about the trials and tribulations small business owners are experiencing.

“I said, ‘Of course,’ and was super excited about the opportunity to share my thoughts and go to New York City to be a part of an in-house studio,” Brown said. “I was able to network with other business owners off the set and learn about their experiences as well. Everyone brought their own value to the table and it was a remarkable moment to be a part of.”

Like many other small businesses, Brown said Ashley’s Famous Cookies has had to navigate so many unexpected trials and obstacles within the past few years.

“However, I have learned to enjoy the journey and turn my lemons into lemon cookies,” Brown said.  “Although we are in the middle of pivoting to our next big move. I have so many ideas and look forward to what window presents the right opportunity for the next big step.”