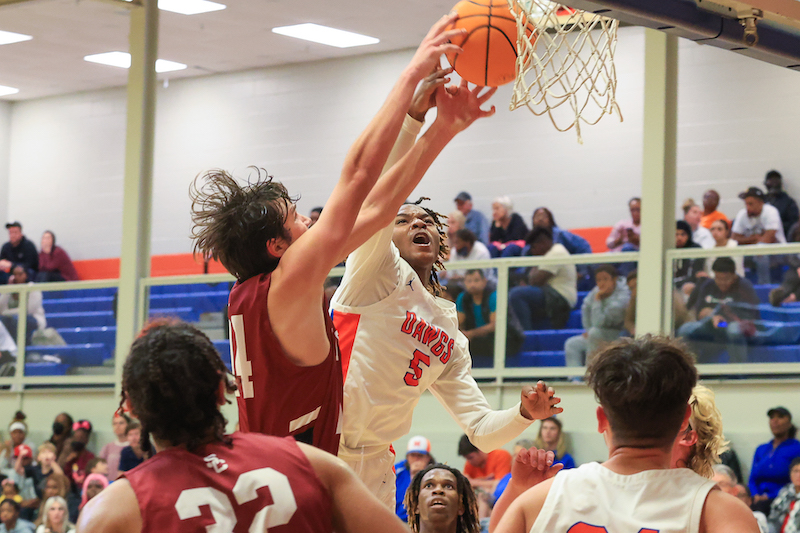 MONTEVALLO – Montevallo’s offense has been a force to be reckoned with in the 2022-23 season. In the first week of rankings, the Montevallo Bulldogs were ranked No. 6 in the 4A classification. The Bulldogs knocked down West Blocton for the first time this season on Thursday, Jan. 5 and pulled away with a 68-42 victory.

The Bulldogs had a lot of success in the first two quarters within the paint after totaling 19 points in the first quarter from six baskets from the free throw line and 20 points from 10 field goals inside the arc.

Dee Cutts and Javon Rodger knocked down one basket each outside the arc.

Jaydien Rutledge and Ja’Von Chism totaled a combined eight points. Jamarcus Thomas and Keiston Ross both knocked down a basket within the arc before the first half was called.

West Blocton kept the game close in the first quarter after only trailing behind by five points, however, Montevallo created an additional seven-point separation before the second half was called. The Bulldogs led 32-25.

A defensively aggressive Montevallo returned to the court to start the third quarter. The Bulldogs picked up 20 points in their third-quarter run and limited West Blocton to only four points in the first 15 minutes of the second half.

Rogers knocked down five baskets within the arc and one from the free-throw line. Thomas totaled five points from three free throws and a two-pointer.

Christian Tolbert knocked down two baskets outside the arc, one within the arc and one from the free throw line. Chism finished the night with a free throw and a two-pointer.