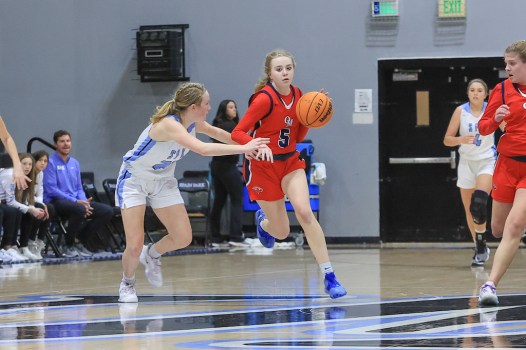 Oak Mountain’s girls basketball team picked up a win against Spain Park for the first time since 2009 on Friday, Jan. 6. (For the Reporter/Dawn Harrison) 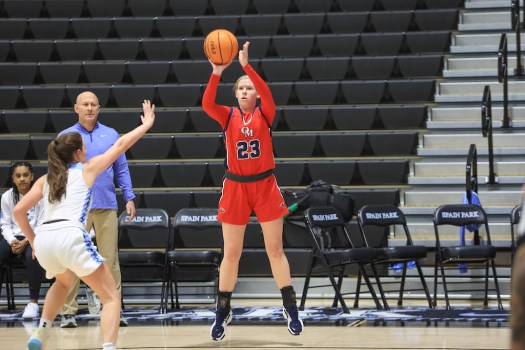 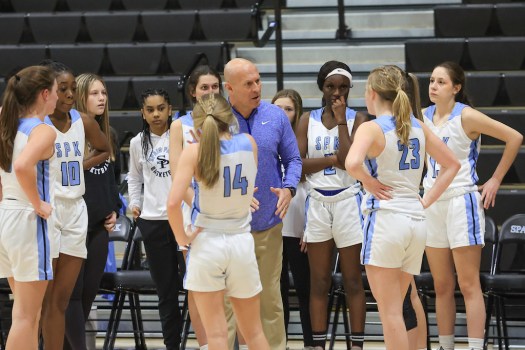 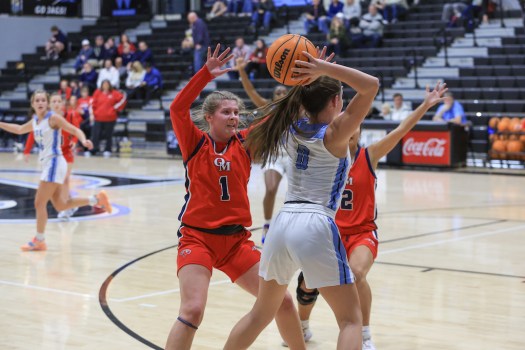 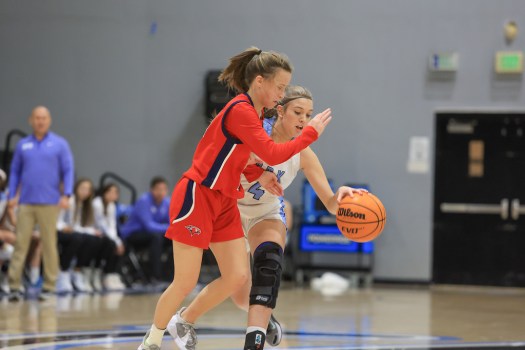 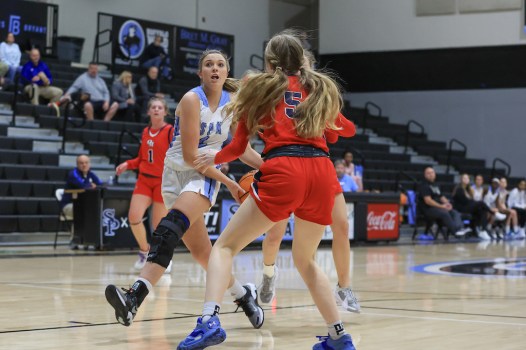 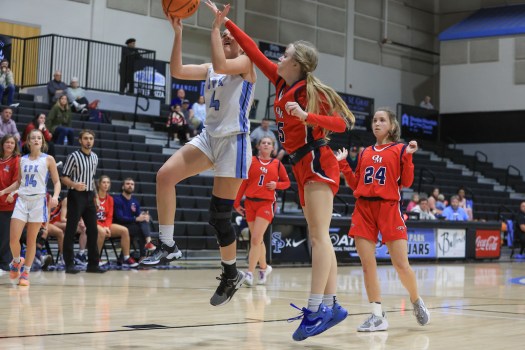 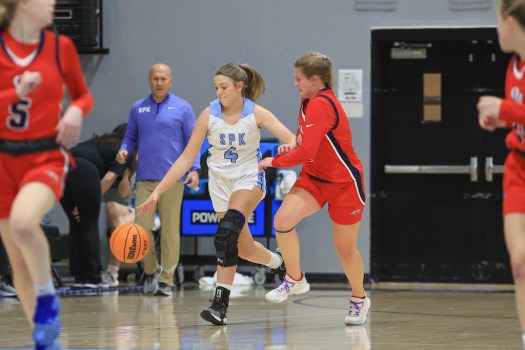 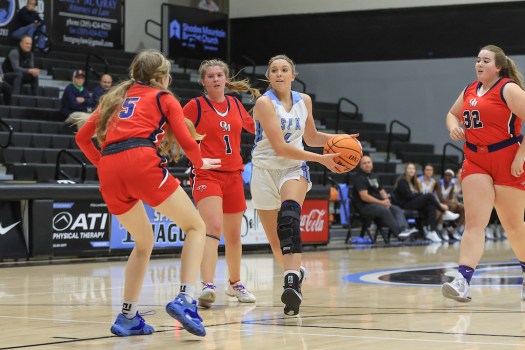 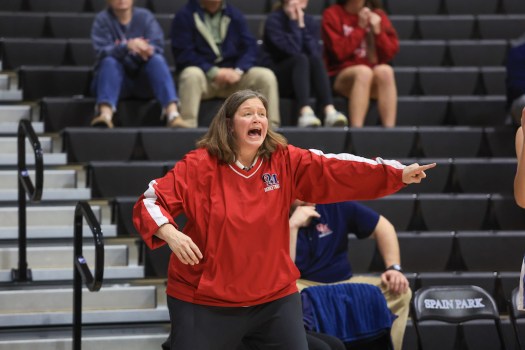 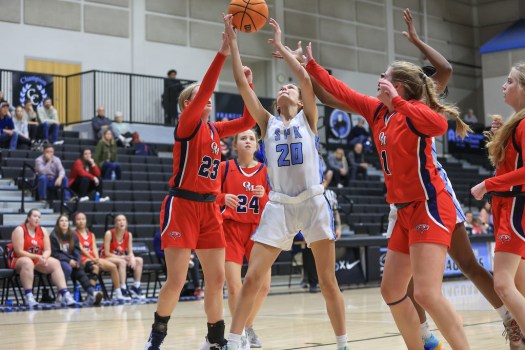 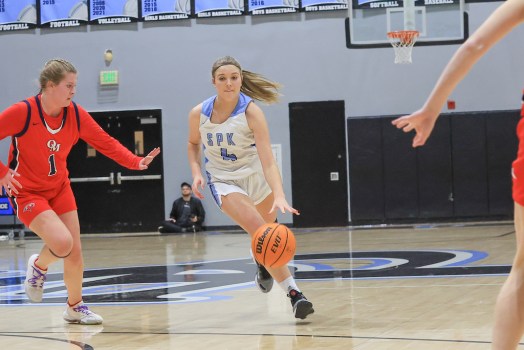 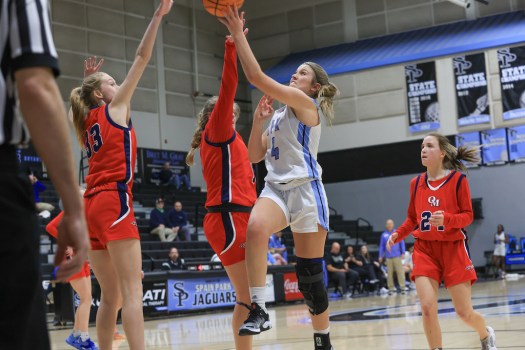 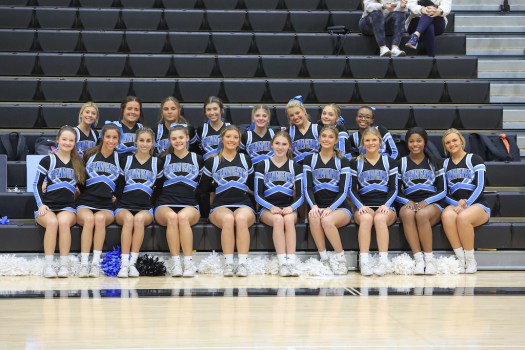 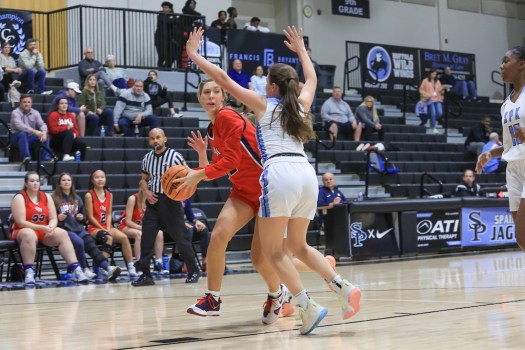 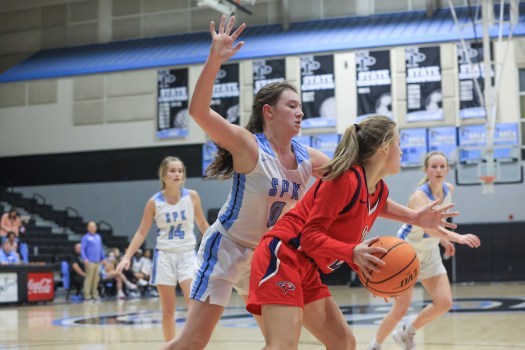 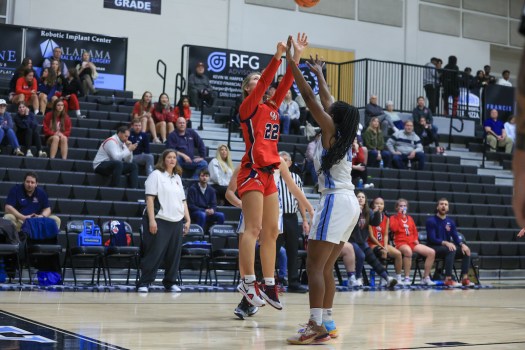 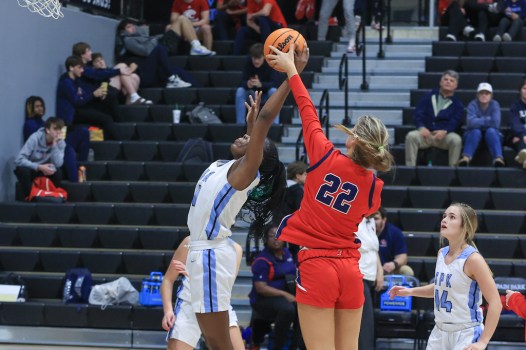 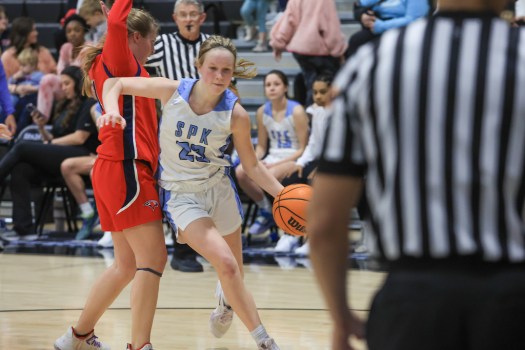 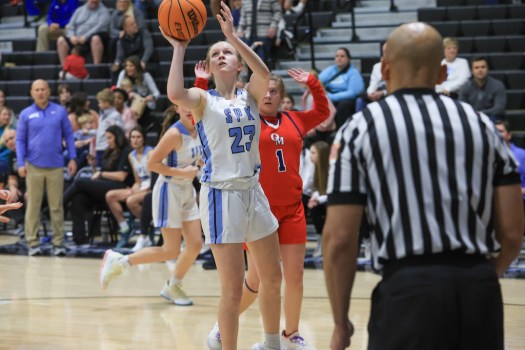 HOOVER – The Oak Mountain girls basketball team did something on Friday, Jan. 6 that it hadn’t done in nearly 14 years in a road matchup against rival Spain Park.

Making the short 2 mile drive up the road for the rivalry battle, the Eagles not only notched a win in their area opener, but they took down the Jags for the first time since 2009.

Oak Mountain trailed 27-24 at the halftime break, but a strong defensive effort in the third quarter that saw the Eagles limit Spain Park to two points on two made free throws ultimately shifted the momentum in their favor.

The Eagles scored 22 combined points in the second half to overcome the halftime deficit and pick up the noteworthy victory by a final score of 46-43.

Despite struggles early in the season for both teams, the two came out shooting hot in the opening quarter, which led to a thrilling battle.

Oak Mountain also caught fire from beyond the arc early thanks to two made 3-pointers each from Caroline Kester and Kathleen Matuszak.

From there, the offense slowed to a halt over the next two quarters.

Both fell into single digits in the second period with improved defensive play, but Oak Mountain was able to trim the deficit by one after outscoring the Jags 8-7 in the period to make the halftime score 27-24 in favor of Spain Park.

Out of the halftime break, the defensive slugfest continued with the two teams combining for two field goals, both of which came from Oak Mountain.

The Eagles got three each from Matuszek and Kester to total six points, which allowed them to 30-29 advantage into the final frame.

That’s when Kester finished off a special performance. The Oak Mountain player scored 11 points in the final quarter, including two made 3-pointers, which became important due to a strong push from the Jaguars.

Spain Park totaled 14 in the final quarter, but the Eagles got five more in addition to Kester’s finish, which allowed them to polish off the three-point comeback victory.

Kester finished with 26 points to lead Oak Mountain, while Matuszek added nine on three made shots from beyond the arc. Kester made eight total baskets, including four 3-pointers.

Spain Park was led by 13 from MC Hunter, while Jordyn Corey added 11 and Zyian Heyligar had 10.