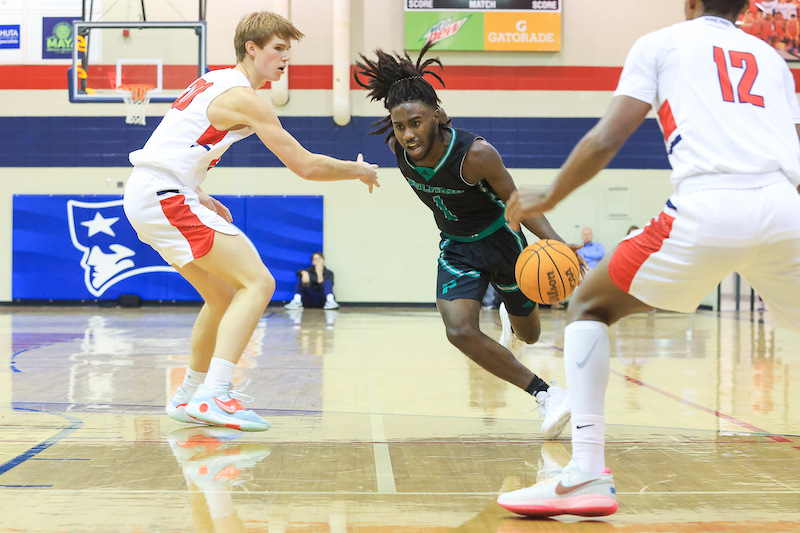 PRATTVILLE — The Pelham Panthers picked up a close win against Prattville Christian on Thursday, Jan. 5, thanks to strong play inside during the third quarter, which led to a 56-54 victory.

Pelham started strong in the opening quarter by taking a 13-12 lead, but Prattville Christian came back to outscore Pelham by four points in the second quarter to give PCA a 30-28 lead at the half.

Kamari Hollis knocked down one basket from the free throw line, two within the paint and one outside the arc. Dynarian Long picked up six points from two field goals, while Joe Wimberly tacked on seven points.

Corey Perkins totaled three points in the second quarter before the break and Thompson Gennari made two baskets.

The Panthers overcame their 30-28 first-half deficit in the third quarter after knocking down 15 points and limiting Prattville Christian to 13 points totaled before the start of the final quarter.

Hollis totaled 12 of his 20 points in the second half by going 2-2 from the free throw line, totaling six points outside the arc and four points from two field goals inside the paint.

Wimberly finished the night with 18 thanks to a big second half that featured three field goals, a 2-2 mark from the free throw line and a 3-pointer.