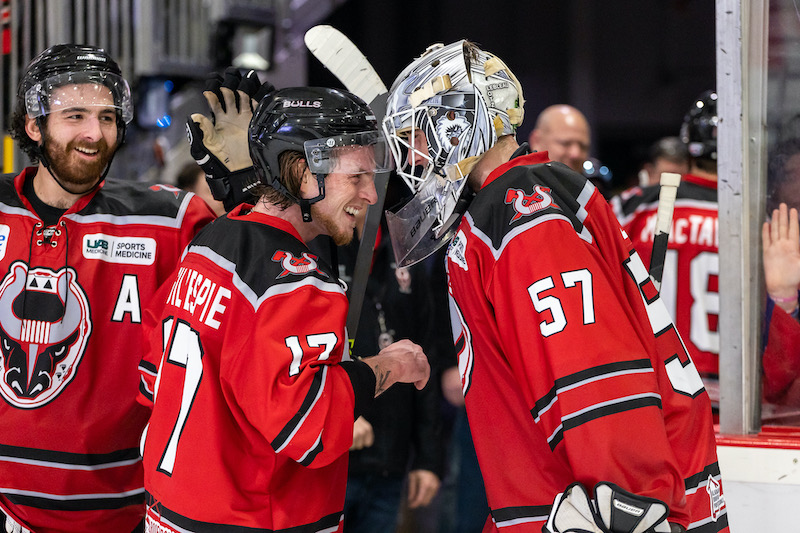 The Birmingham Bulls secured a win against the Pensacola Ice Flyers with a crowd that was recorded at the largest in SPHL history with 4,253 in attendance. (Contributed)

PELHAM – The crowd was electric as a record-breaking 4,253 people cheered on the Birmingham Bulls during a sold-out game at the Pelham Civic Complex Ice Arena.

On Saturday, Jan. 7 the Birmingham Bulls played the Pensacola Ice Flyers and secured a 1-0 win. The Bulls thanked the Pelham Civic Complex for releasing extra tickets to meet the demand, as it was the largest crowd in SPHL history.

During ticket sales, there were 100 more tickets sold than seats present in the building, as the Pelham Civic Complex opened up standing room only tickets.

Saturday’s promotional night was “Kids Jersey Night” in which the Birmingham Bulls gave out replica jerseys to the first 1,000 children in attendance of the game.

“It was pretty intense, overall, we are thrilled,” Vice President of Communications David Koonce said. “Pensacola is a team we have been battling back and forth.”

Michael Gillespie scored the only goal in the game assisted by Nick Minerva and Nick Fea. Gillespie currently sits at number three in the SPHL league rankings in points this season.

“It is always a little extra energy when you know that there’s a big crowd,” Koonce said. “The game sold out before we even opened the door. We knew it was going to be packed.”

Koonce said a lot of new faces were in the crowd during Saturday’s game and that promotional nights encourage first-time fans to come back and support the Bulls throughout the season.

“We feel like once you see a game, you’re going to want to come back,” Koonce said. “It was a really good night for us, and seeing a lot of the social media posts after the game, we could tell people had a good time and a really good experience. That is the name of our game. We have a really good hockey team that plays really good hockey, but at the same time, we are trying to give that family-friendly experience out, and we were successful in that.”

The Bulls are now 16-9-1 on the season, which has them in fourth place in the 11-team SPHL with 33 total points. There are currently seven teams between 31 and 36 points on the season, giving Birmingham several big games ahead with more promotional nights on the schedule.

Visit Bullshockey.net to see the teams schedule, their upcoming promo nights and to buy tickets.