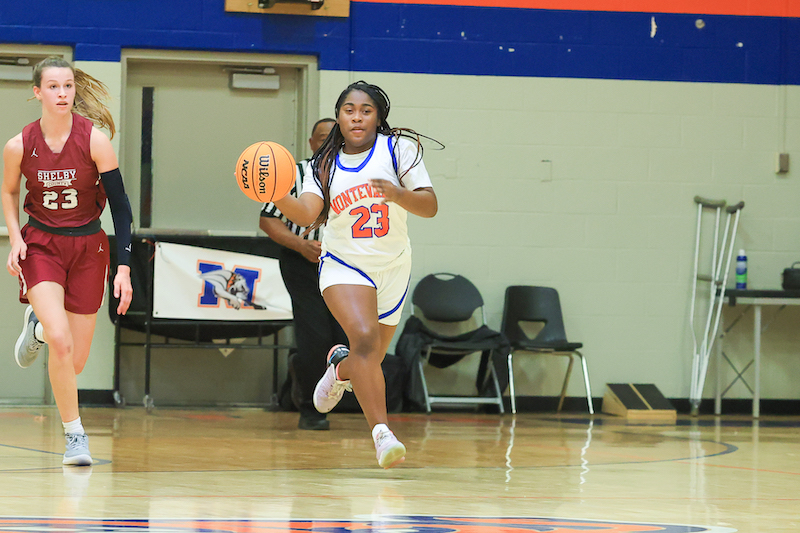 MONTEVALLO – Montevallos’s girl commanded the court in a blowout win against West Blocton on Thursday, Jan. 5 thanks to a dominant defensive performance that saw the Bulldogs give up nine points in a 56-9 victory.

The Bulldogs gave up three points in a half and nine in a game, the defense definitely dictated this game, while the offense picked up 14 points in the first quarter and knocked down another 11 points in the second.

West Blocton was limited to only a free throw and a single basket made within the paint in the entire first half. Knocking down the two baskets within the first quarter, Montevallo’s defense halted any action at the net for West Blocton in the second quarter.

Aamira Bellfield knocked down one basket inside the arc and another outside the arc.

Returning from the break, Montevallo continued to apply pressure to the West Blocton offense. West Blocton found some success in the second half with four points in the third quarter and an additional three points picked up in the final quarter.

However, there was no way West Blocton could make a comeback from the separation Montevallo’s offense created in the second half.