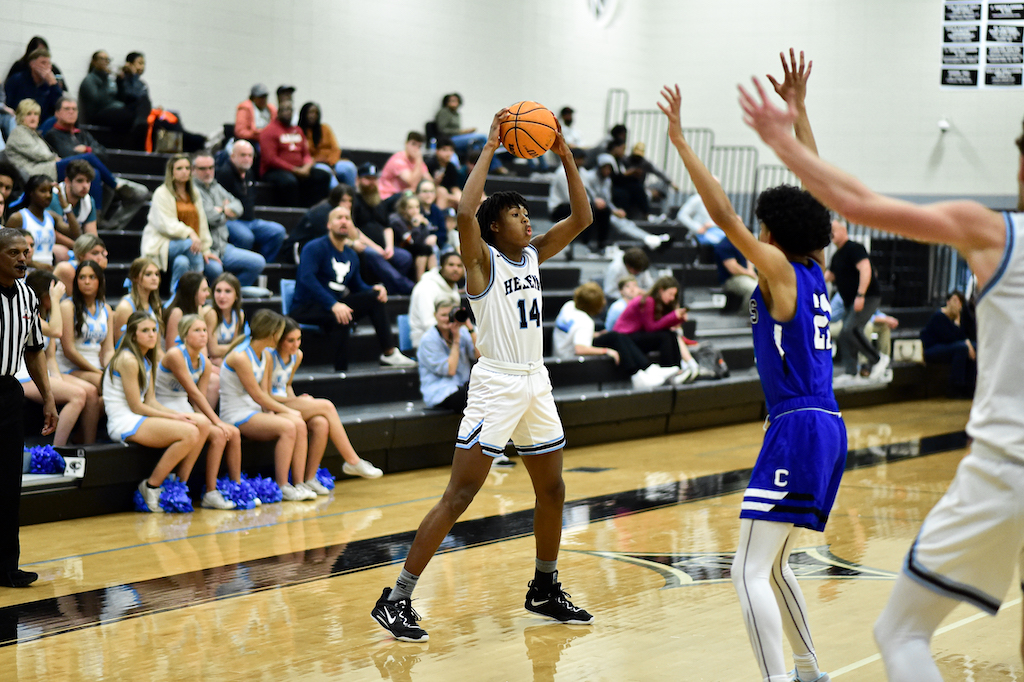 HELENA – The Helena Huskies picked up their second win of 2023 against the Northridge Jaguars on Friday, Jan 6. Helena pulled away with a 59-50 victory after gaining the lead in the second quarter.

Northridge and Helena tied in the first quarter 7-7. Ian Johnigan posted a basket inside and outside the arc, while Owen Davis knocked down a single field goal.

The Huskies ended the first half with 18 points picked up in the second quarter. Helena’s defense limited the Jaguars to eight points before the half concluded. Josh William carried the Huskies in the second quarter with 10 points.
Davis picked up a three-point field goal and a basket in the paint. Johnigan tacked on another three points to Helena’s 25-16 first-half lead.

Coming back from the break, the Huskies continued to be a strong presence within the paint offensively by knocking down 14 points in the third quarter. However, the Jaguars were able to pull away with 12 more points before the final quarter.

Johnigan went three for three from the free throw line in the third quarter. He tacked on three additional field goals totaling eight points. Williams picked up a three-pointer.

Northridge attempted a comeback in the final quarter after knocking down 22 points, however, Helena was able to maintain their lead after posting 25 points of its own before the game concluded.

Williams led the Huskies in the final quarter with one free throw, four baskets picked up inside the paint and two outside the arc.

Joseph King and Christian Wright totaled a combined four points. Davis made the front end of a one and one.

Williams led Helena with 28 points totaled, while Johnigan followed with 19.

Helena travels to Briarwood on Tuesday, Jan. 10 for its second area matchup of 2023.