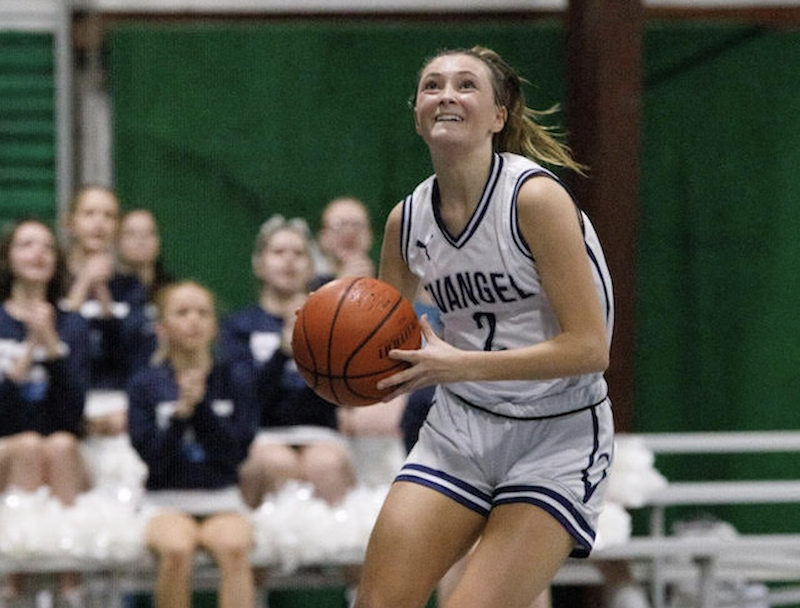 ALABASTER – It’s been an up-and-down season for the Evangel Lightning, but on Friday, Jan. 6, they were able to pick up a close victory against 42-36 the Masters Hand Academy of Decatur Alabama Warriors.

The first half saw each team matching the other with runs from each spread out throughout the half. Eventually, the Lightning was able to grab a slim 22-18 lead at the half.

Five players from the Lightning all shot down two field goals. Ivie Littleton, Hallie Wells, Casadie Dixon, Hannah Benson and Rachel Cassimiro knocked down four points each in the first half.

Coming out in the second half, the offensive mentality didn’t change for Evangel. The Lightning the two teams stayed within four points of each other by the end of the third quarter.

Leading 33-29, the Lightning took advantage of the extra possession and went on to close the game out with a 9-7 run to pull off the 42-36 victory.

Wells carried the Lightning in the second half with three field goals totaling six points. Benson and Littleton followed Wells after knocking down four points each.

Wells led the Lightning in scoring with 10 points, while Lawrence put up an additional eight points.