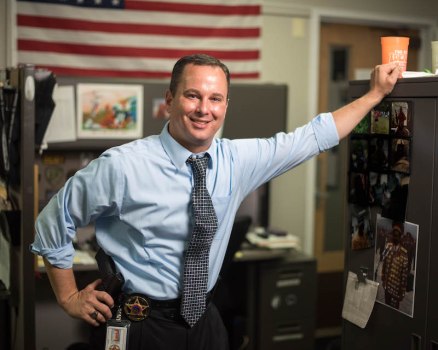 Clay Hammac of the Shelby County Sheriff’s Office has been promoted the rank of Chief Deputy. (Contributed) 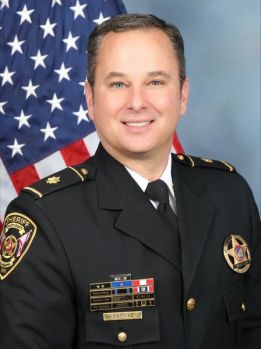 Samaniego shared the news that long-time SCSO member Clay Hammac has been promoted to the rank of Chief Deputy.

“It’s with great pleasure I announce, officially, the promotion of Clay Hammac to Chief Deputy from Major,” Samaniego said. “Clay’s got almost 20 years with us, and he’s done a great job.”

Hammac expressed his thanks for the promotion.

“I’m deeply grateful to Sheriff Samaniego for this opportunity to serve,” Hammac said. “Shelby County is home to some of the finest law enforcement professionals you’ll ever encounter, and it’s an honor to serve alongside each of them.”

Hammac’s promotion from Major to Chief Deputy was effective Jan. 6.

“My goal as chief is to continue to serve and lead our law enforcement professionals by equipping them with the tools and resources needed to continue to humbly serve our community,” Hammac said.

Hammac previously served as the commander of the Shelby County Drug Enforcement Task Force and as executive director of Compact. Prior to working in narcotics investigation, Hammac was assigned to the Criminal Investigations Division and served as a member of the United States Secret Service Electronic Crimes Task Force. He specialized in white collar, electronic, financial, organized and violent crime investigations.

Hammac was recognized by the International Association of Chiefs of Police as one of the top 40 law enforcement executives worldwide from a candidate pool of more than 36,000 law enforcement leaders. He has also been awarded Law Enforcement Officer of the Year for the State of Alabama by the Fraternal Order of Police and is a recipient of the Public Safety Award by the Shelby County Chamber of Commerce.

Hammac is a recipient of a lifesaving award, two meritorious service awards and the Sheriff’s Award. He is a past three-term president of the Shelby County Fraternal order of Police and serves as the State Trustee and the chairman of the state’s legislative committee. He also chairs and serves many community-based organizations throughout Shelby County and North Alabama.

Hammac served as an ordained deacon through the Southern Baptist Church. He and his wife Laura and their children are members of the Westwood Baptist Church in Alabaster.