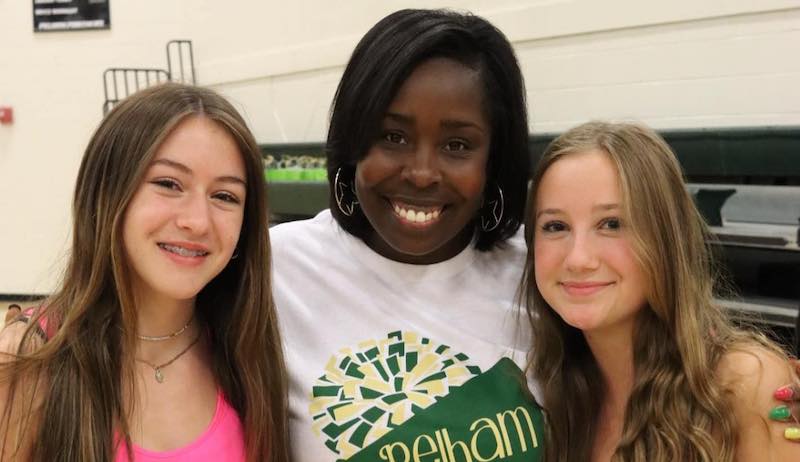 Martina Winston received the Alabama Recreation and Parks District III award for her 12 years of dedication to the Pelham Youth Cheer Program. (Contributed)

PELHAM – It is evident Martina Winston has truly given back to her community as she receives the Alabama Recreation and Parks District III Community Service Award.

Winston has dedicated more than 12 years to the Pelham Youth Cheer Program and was recognized for her service within the community.

“It was a complete surprise,” Winston said. “I was shocked. (It was) such an honor to be recognized for pouring into your community especially when being recognized was not a part of the why I wanted to serve.”

The Pelham Parks and Recreation official Facebook page extended its gratitude to Winston through a post thanking her for her 12 years of service.

“It’s always been about the kids and nothing else,” Winston said. “This started as an opportunity for me to be connected with my daughter, Jada, when she started elementary school, and now over 12 years later I have fell in love with hundreds of little girls, boys, their parents and the Pelham Community.”

Winston said Pelham Park and Recreation Assistant Director, Alicia Walters, reached out a month before to see if Winston would be attending the luncheon in which the award was going to be announced.

“I originally said that I was booked during the time of the event, and I could ask my partner to attend on my behalf to represent the youth cheer program,” Winston said.

Winston said she had no idea she was going to be honored with the Community Service Award during the luncheon and was surprised when she realized she would be receiving it.

“I had found out via the city of Pelham Facebook page that Alicia (Walters) was being recognized at the state level so I assumed that is why my presence was requested, and I was honored to make the guest list to recognize her hard work and accomplishments,” Winton said. “At the beginning of the annual meeting they started to share the agenda and the awards they would be presenting and they started off with the Community Service Award and started reading off the nomination. Everyone at the table started to laugh and smile in my direction, and I knew the speaker was talking about me. I couldn’t believe it.”

More information about Pelham Parks and Recreation can be found at Facebook.com/PelhamParksandRecreation.