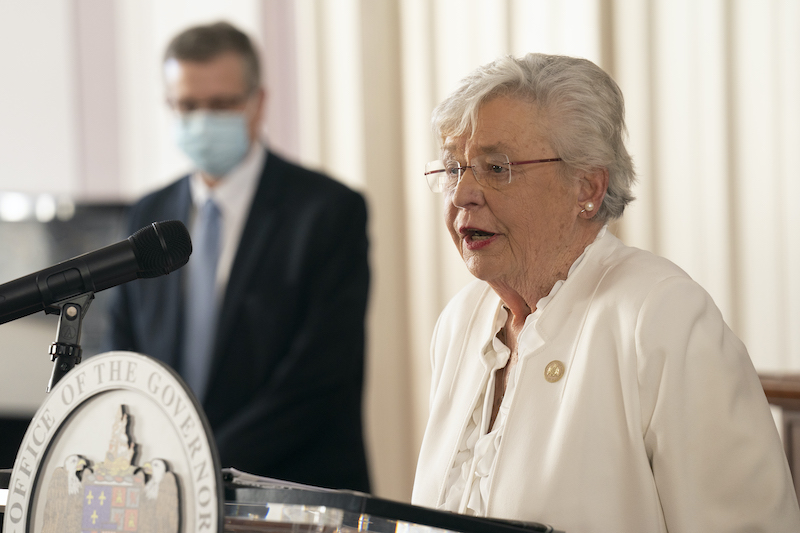 Funds from the Alabama Transportation Rehabilitation and Improvement Program-II will provide Calera and Montevallo with infrastructure improvements. (File)

MONTGOMERY – Gov. Kay Ivey announced that more than $40 million in state transportation is being awarded to cities and counties for various road and bridge projects.

“I am proud to announce the largest round of local funding since the passage of the Rebuild Alabama Act as I close out my first term and gear up to begin the next four years,” Ivey said. “Our decision to address Alabama’s infrastructure challenges is paying major dividends in several vital areas, and I am thrilled to continue building on this momentum by moving forward (with) this year’s projects.”

This funding has been made available through the Alabama Transportation Rehabilitation and Improvement Program-II which is a program created by the Rebuild Alabama Act.

There will be two projects in Shelby County with one in Calera and another located in Montevallo.

The city of Calera is receiving intersection improvements at the I-65 and SR-25 interchange, exit 228, including restriping SB exit ramp to add a right turn lane, adding a right turn lane onto the NB entrance ramp and a new traffic signal. This project received an ATRIP-II award of $1,068,325.58 with an additional $57,197.25 of local funds.

The state has awarded more than $140 million in state transportation funds under ATRIP-II since the program’s creation in 2019.

There were 33 projects selected for funding for a total of just over $40 million in state transportation funding. Of those awarded projects, 18 were from cities and counties putting forward more than $7 million in local funds. Under the ATRIP-II program, there is no requirement that local governments put up matching funds to be eligible.

The projects were selected by the ATRIP-II Committee created by the Rebuild Alabama Act. It is anticipated that a number of the selected projects will be under contract during the 2023 fiscal year. All projects are required to move forward within two years of the awarding of funds.

Those interested in learning more about the ATRIP-II Program may visit https://www.dot.state.al.us/programs/ATRIPII.html.