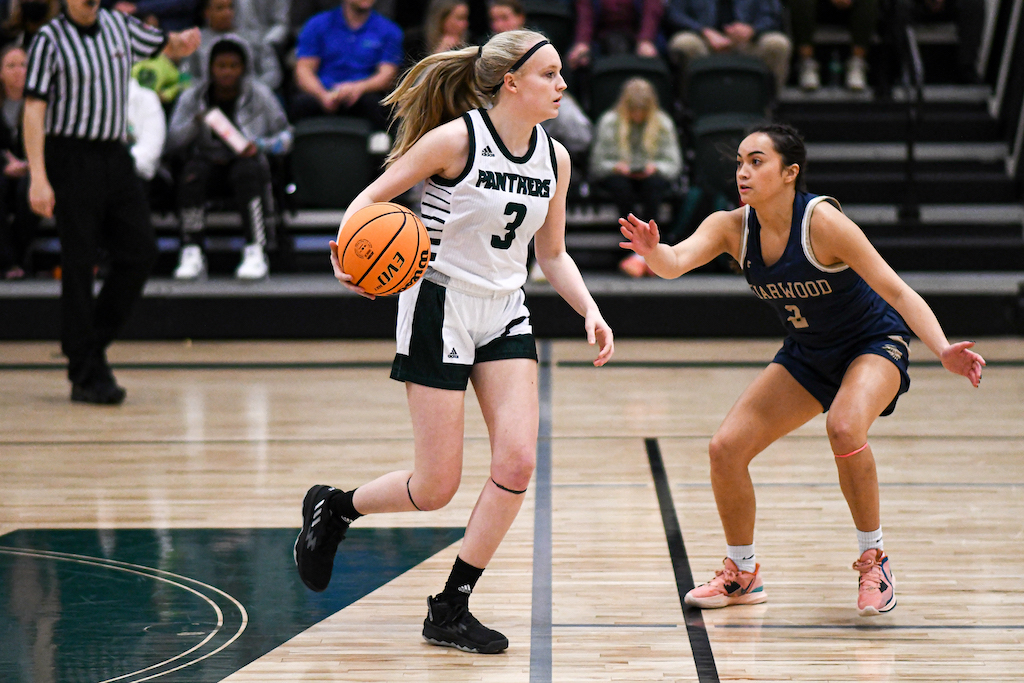 Pelham girls took down Leeds on Tuesday, Jan. 10. (For the reporter/Jeremy Raines)

PELHAM –  Coming off its recent area loss against Briarwood, Pelham’s girls basketball team bounced back after picking up a huge win against Leeds on Tuesday, Jan. 10.

Pelham took a 10-point lead in the first quarter after limiting Leeds to only five points. The Panthers extended their lead over Leeds after posting another 10 points before the break.

Laci Gogan led the Panthers with one basket from the free throw line, four inside the arc and one outside the arc.

Leeds trailed Pelham 25-14 before the second half.

A strong offensive presence in the paint helped the Panthers knock down 22 points within the paint in the third quarter. Leeds only picked up six points before the final quarter.

Pelham was limited to six points in the fourth quarter, however, the Panthers’ defense stopped all of Leeds’ attempts at the net.

King and Gogan totaled 20 points each.