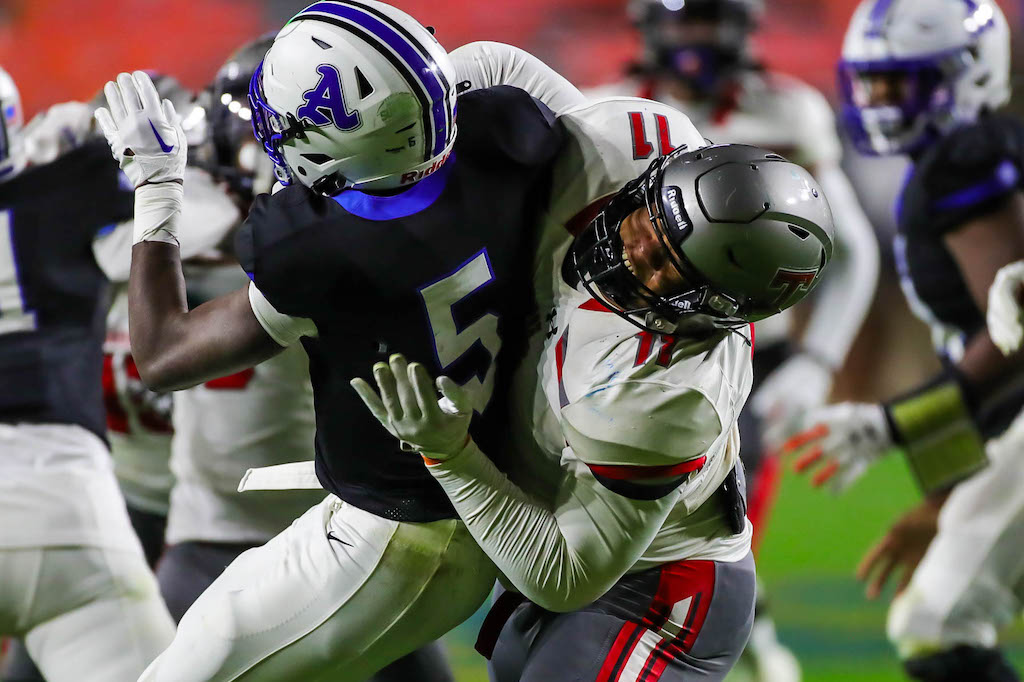 Current Clemson Tiger and former Thompson defensive lineman Peter Woods was named the Class 7A Lineman of the Year winner on Thursday, Jan. 12 at a banquet in Montgomery. (File)

MONTGOMERY – It has been a special postseason for former Thompson defensive lineman Peter Woods, who on Thursday, Jan. 12, added one more award to his trophy case.

Now enrolled at Clemson, the five-star recruit had already been named the county’s player of the year, to the All-State Team and shined in both the Alabama-Mississippi All-Star Game and Under Armour All-American game.

On Thursday, however, he took home one more top honor as the state’s top players were honored at the Mr. Football banquet held at the Montgomery Renaissance Hotel & Spa Convention Center.

During the banquet, the Alabama Sports Writers Association presented the Lineman and Back of the Year from each classification, and Woods earned this year’s Class 7A Lineman of the Year award.

In addition to that, he also earned a spot on the Super All-State team, which celebrates the top 12 players from the state regardless of classification.

Woods earned the praise after winning his fourth consecutive state championship with the Warriors this past season. The senior totaled 89 tackles, 24 tackles for loss and 11 sacks against one of the country’s most difficult schedules.

Since the championship season ended, Woods has gone on to earn the MVP of the Alabama-Mississippi All-Star Game, totaling eight tackles, seven tackles for loss and two sacks, and gained praise in the Under Armour All-American game with three tackles, two tackles for loss and a tipped ball leading to an interception.

Last year, Woods lost out to teammate Jeremiah Alexander for the Lineman of the Year award, but this year, he gave it to the Warriors for the second year in a row.

He won the award over Auburn’s Bradyn Joiner and Hewitt-Trussville’s Hunter Osborne.

Thompson now has the second most Super All-State players of all time with Woods’ nod this season. The Warriors now have 10 total Super All-State winners, while the Warriors are now tied for the most all-time major ASWA award winners with eight.

Fegans, a sophomore, totaled nine interceptions, three of which he returned for a touchdown. He also finished with 67 total tackles and one tackle for loss and has become one of the top recruits in the state.