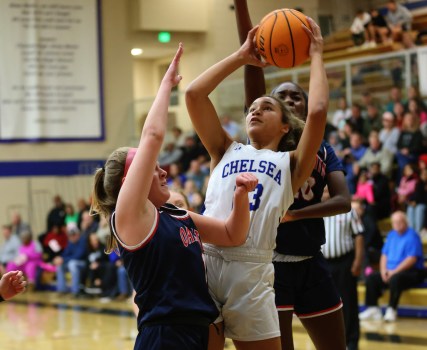 Behind a strong defensive effort and a big fourth quarter, the Chelsea Hornets took down rival Oak Mountain on Friday, Jan. 13 to improve to 2-1 in area play. (For the Reporter/Cari Dean) 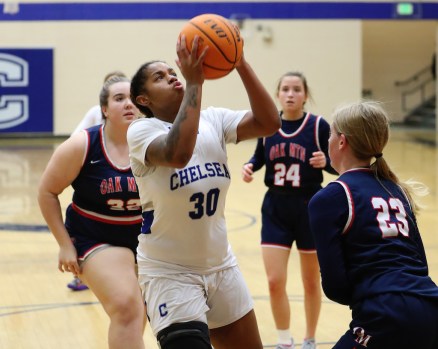 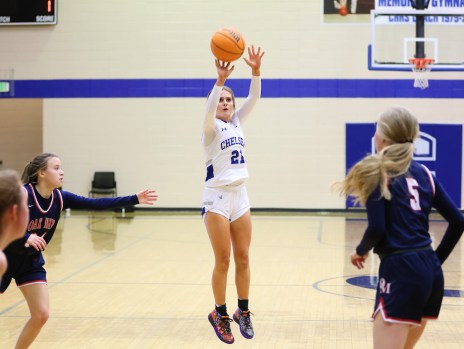 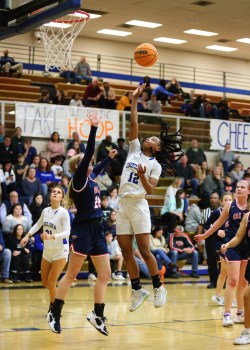 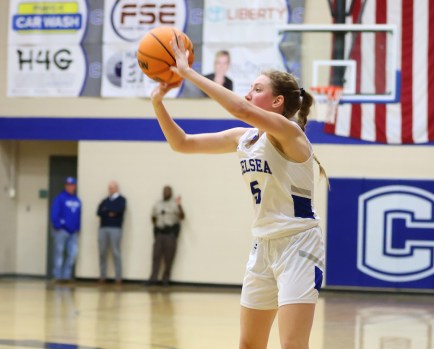 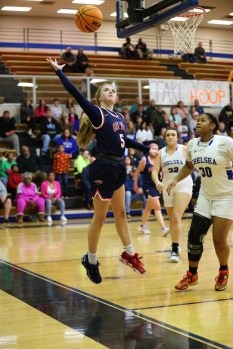 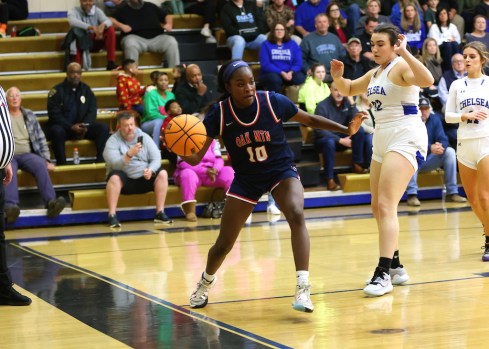 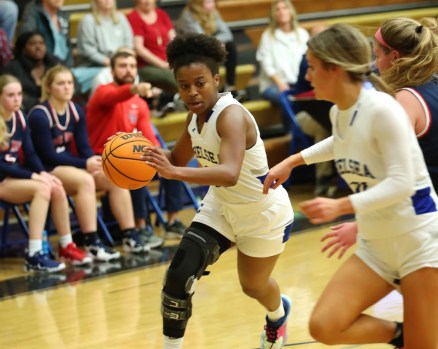 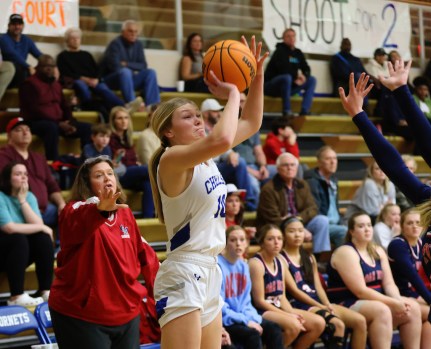 CHELSEA – Looking to continue an impressive run during their first season in Class 7A, the Chelsea Hornets put together an inspired effort on their home floor against rival Oak Mountain on Friday, Jan. 12.

Facing the Eagles, Chelsea’s defense was lights out from start to finish, while the offense used a 23-point final quarter to pull away for a 50-24 victory.

With the win, the No. 8 Hornets improved to 2-1 in area play and 18-5 overall on the season, as they sit in solo second in the area standings.

Defensively, Chelsea limited Oak Mountain to single digits in every quarter of the game and it started in the opening quarter. The Hornets gave up six in the period, while the offense got a big start from Haley Trotter.

She kickstarted a big night with seven points in the first quarter, while Lexi Redd and Olivia Pryor both added field goals to help Chelsea score 11 total points for a quick five-point advantage.

Still, the game had a defensive focus for both sides in the early going, and that was on full display in the second quarter.

Chelsea, however, continued to have the upper hand.

The Hornets added 10 more points in the period, four of which came from Trotter, but the defense limited Oak Mountain to just four points from Sydney Kate Ervin, which led to them extending the advantage to 21-10 at the half.

Out of the break, the defensive theme remained in place, which kept Chelsea from pulling away.

The two teams each posted six points, which kept the Hornets’ lead at 11 points going to the final quarter.

Knowing a strong offensive quarter would put the game away, the Hornets put together a 23-point fourth quarter with Trotter capping off a special night with eight points in the period, while Sophia Brown add five.

The defense also continued its strong play, giving up just eight points to cement the 50-24 victory.

Trotter finished with 21 points in the victory and added 10 points for a double-double, while Brown totaled seven points.

Oak Mountain was led by 11 points from Raegan Whitaker.