Montevallo to receive $1.9 Million in ATRIP II funds to improve intersection of SR-119 and CR-22 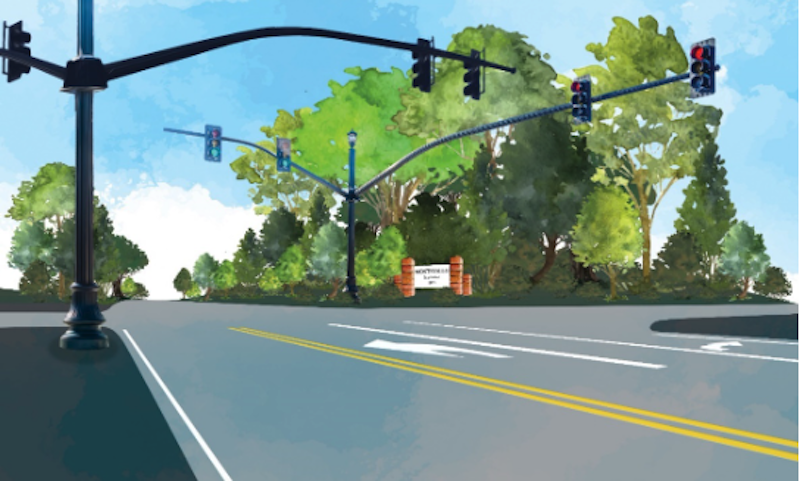 City of Montevallo will receive $1,997,041.52 in ATRIP II funds for improvements to the intersection of Highway 119 and County Road 22, and the mayor announced this project as one that is two years in the making. (Contributed)

MONTEVALLO – City of Montevallo will receive $1,997,041.52 in ATRIP (Alabama Transportation Rehabilitation Improvement Program) II funds for improvements to the intersection of Highway 119 and County Road 22.

The funding was part of over $40 million in state transportation funding that is being awarded to cities and counties for various road and bridge projects. The announcement came from Gov. Kay Ivey in a press release on Thursday.

“We are honored to be among the communities selected for this funding” Mayor Rusty Nix said. “This is a project we started planning two years ago working with our City Engineer. The intersection at Moore’s Crossroads is a gateway into our City and is the area where most of our residential growth has taken place. These improvements will improve public safety and traffic flow for our residents.”

“The city will contribute funding of $125,000 to the project.” City Clerk and Treasurer Steve Gilbert said. “These funds will be provided via the Montevallo Development Cooperative District. The total project will result in $2,122,041.52 of improvements to the intersection at Moore’s Crossroads. The improvements will include left turn lanes on SR-119 and CR -22, as well as new traffic signals. This opens the door for transportation improvements and the future economic growth of Montevallo.”

For more information about the project contact Steve Gilbert at 205-665-2555 ext. 105 or sgilbert@cityofmontevallo.com.