Panthers pick up win against Calera 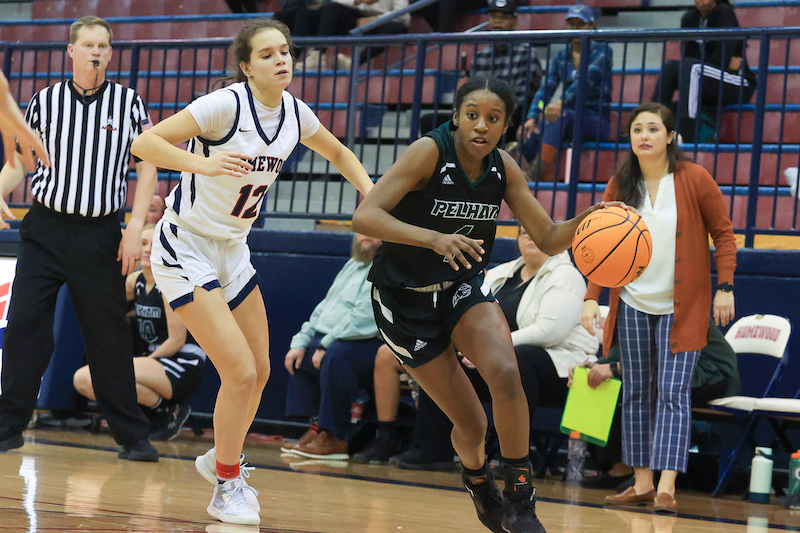 PELHAM – The Pelham Panthers picked up their second consecutive win on Thursday, Jan. 12 by taking down the Calera Eagles.

Coming off their recent win against Leeds, the Panther picked up another win of 2023 after taking down Calera 51-24.

The Panthers outscored Calera 15-9 in the opening quarter of the game to gather a six-point advantage.

Jada  Blake knocked down two field goals for Calera, while Jakalynn Johnson picked up a basket outside the arc. Tyesha  Williams added a basket inside the paint.

Tamia Fairbanks knocked down Calera’s only bucket in the second quarter.

Taylor Howard and Tiauna King both totaled five points each for Pelham.

Similar to the first half, Peham’s offense continued to command the court. However, Calera was able to pick up more than five points in each of the last two quarters.

Calera picked up seven points in the third quarter from two front ends of a one-and-one knocked down by Williams and Fairbanks.

The Panthers added 18 points to the scoreboard before the final quarter. Gogan after going two for two from the free throw line and a basket knocked down in the paint. Howard followed Gogan with a basket picked up outside the arc and one within.

In the final quarter, the Panthers outscored the Eagles 8-6. Wynn posted another four points, while Claire Robinso and Smith knocked down a single two-pointer each.

Jemison went two for two from the free throw line and picked up a bucket in the paint for four out of Calera’s six points in the fourth quarter. Destiny  Coates tacked on two points.

Pelham’s next matchup is against Helena on Friday, Jan. 13.