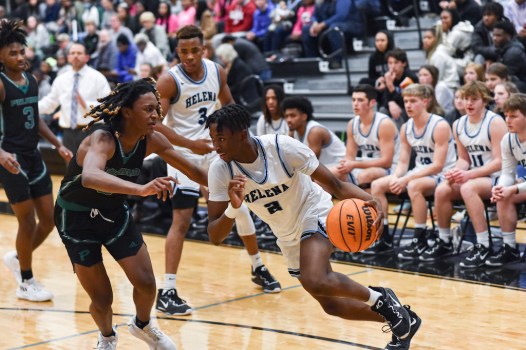 In front of a packed house, the Helena Huskies capitalized on three scorers in double figures to pull away from rival Pelham and start area play 2-0. (For the Reporter/Jeremy Raines) 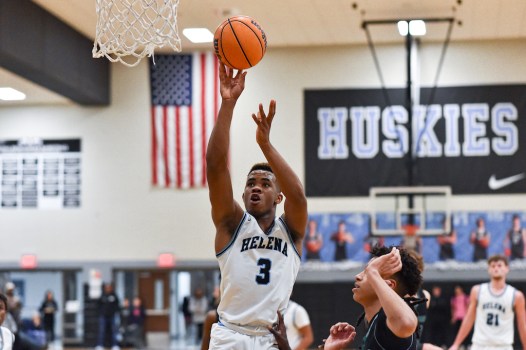 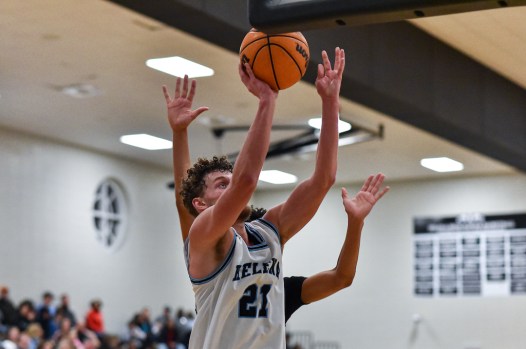 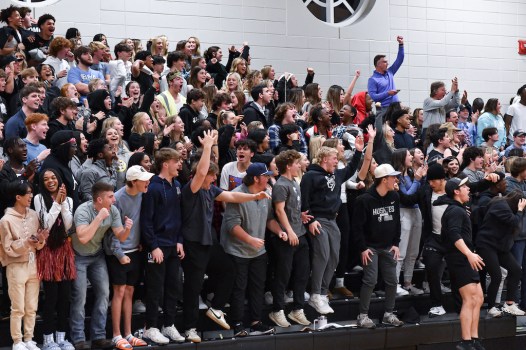 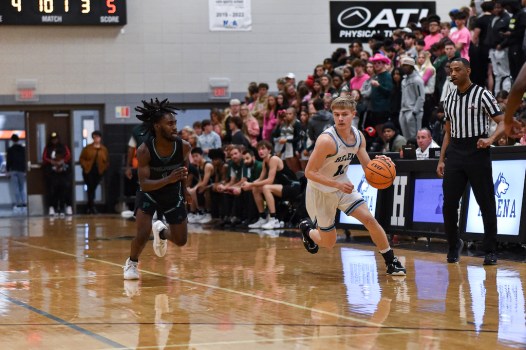 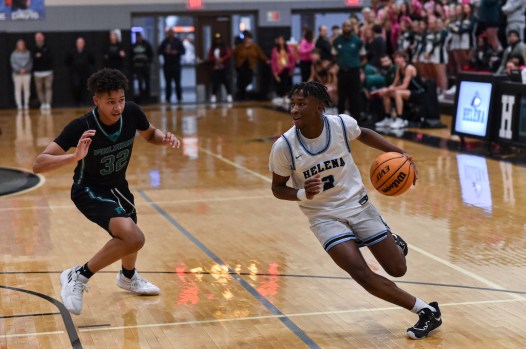 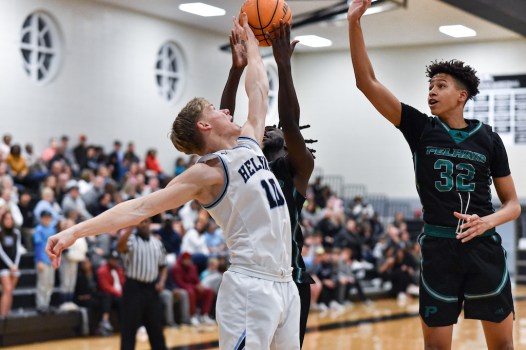 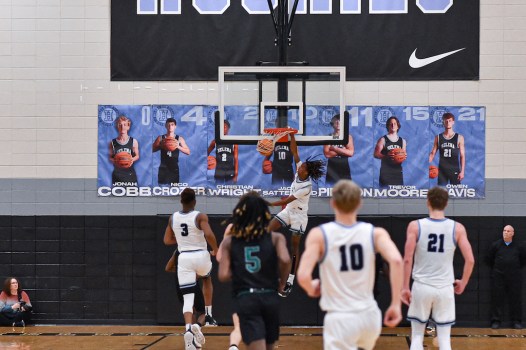 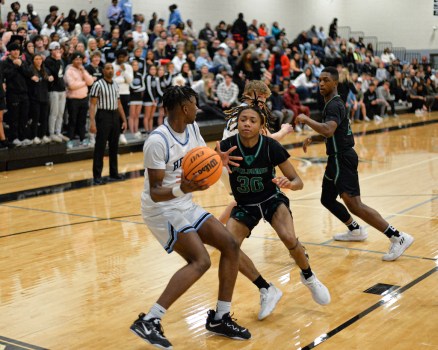 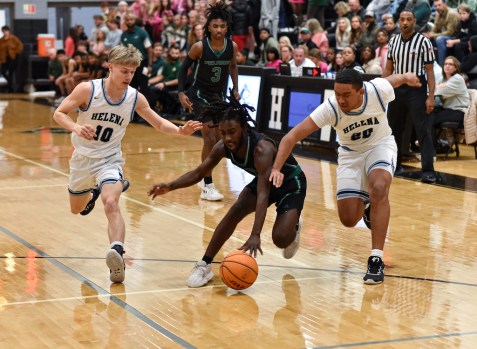 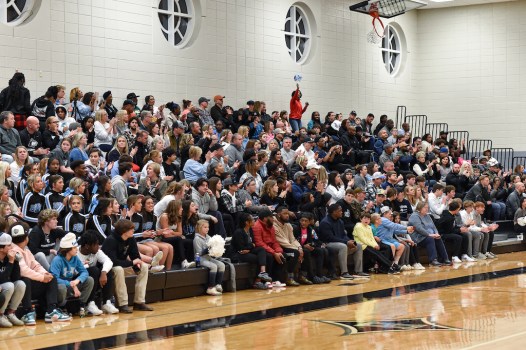 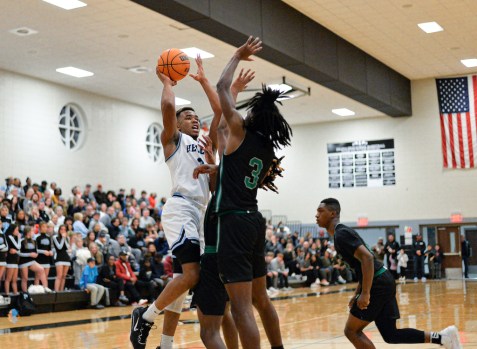 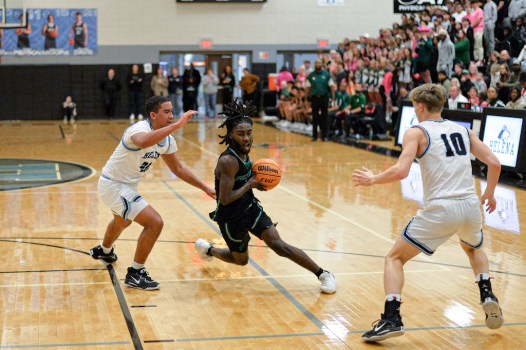 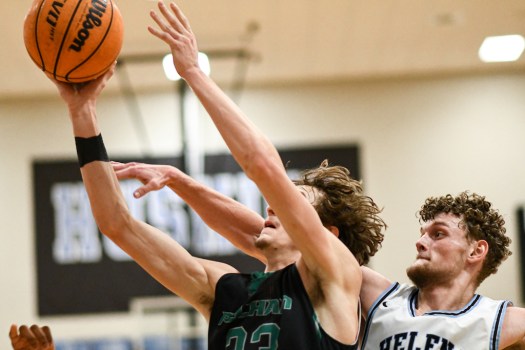 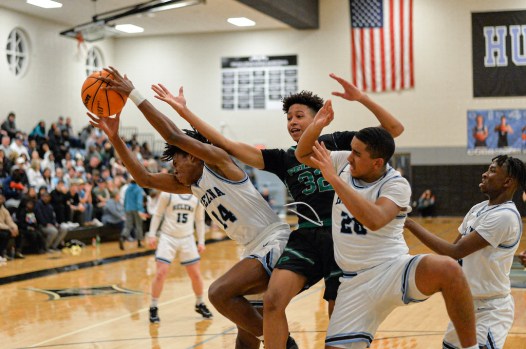 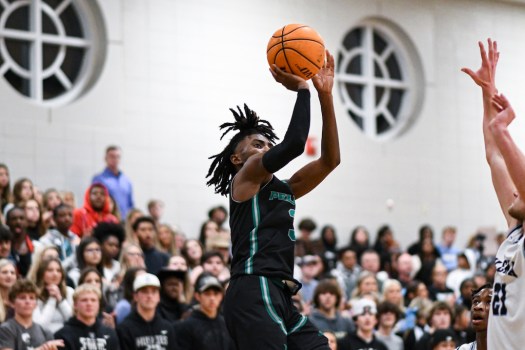 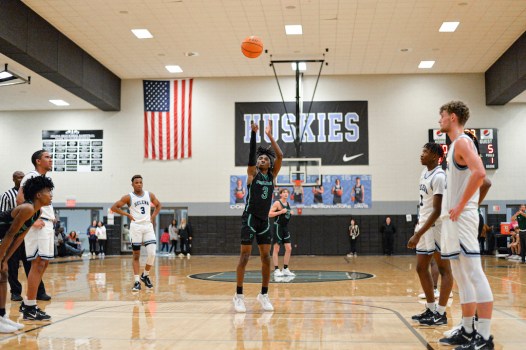 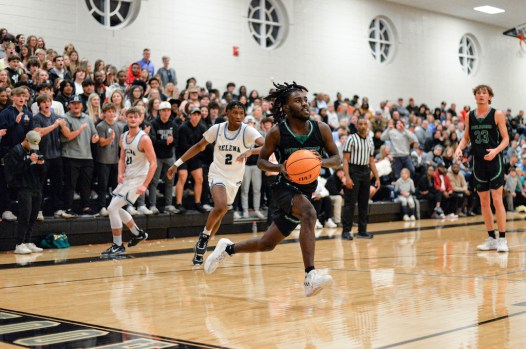 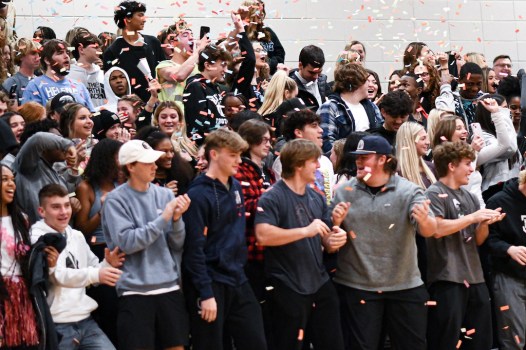 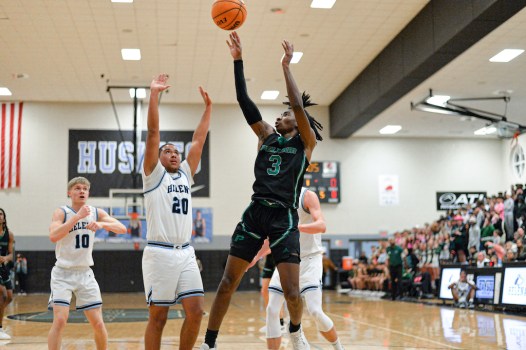 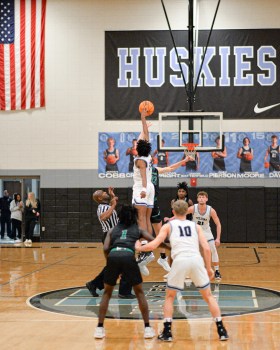 HELENA – It has been an ideal stretch of basketball at the right time for the Helena Huskies and that continued on Friday, Jan. 13 on their home floor against rival Pelham.

Following a 22-point win against Briarwood earlier in the week to start area play 1-0, the Huskies made it a 2-0 start with another 20-plus point victory in a 57-29 win over the Panthers.

And for the second game in a row, Josh Williams, Owen Davis and Ian Johnigan scored in double figures, while the defensive effort was flawless.

The victory placed Helena in sole possession of first place in Class 6A, Area 8 with wins over both area opponents.

The game got out to a slow start with Helena holding serve at 13-7 at the end of the first quarter.

Williams and Davis handled all the scoring for Helena with seven and six points, respectively, while Joe Wimberly scored three points for the Panthers.

It was in the second quarter where Helena began to pull away, doubling Pelham’s offensive output in the process.

Seven Huskies scored in the period with Jacob Satterfield hitting a couple of timely 3-pointers to pace his team.

Up comfortably by 15 coming out of the locker room, Helena didn’t let its area rival back in the game and ratcheted up the defense to an even higher level allowing just seven points and two field goals.

Williams played a big part and had his most productive period of the game notching 10 points, while Ian Johnigan helped the Huskies close out the area win scoring seven of his 10 points in the fourth quarter to ice the game.

Williams led all scorers with 21 points, while Davis and Johnigan each finished with 10.

Wimberly was the only Panther to cross into double-digit scoring with 14 points.