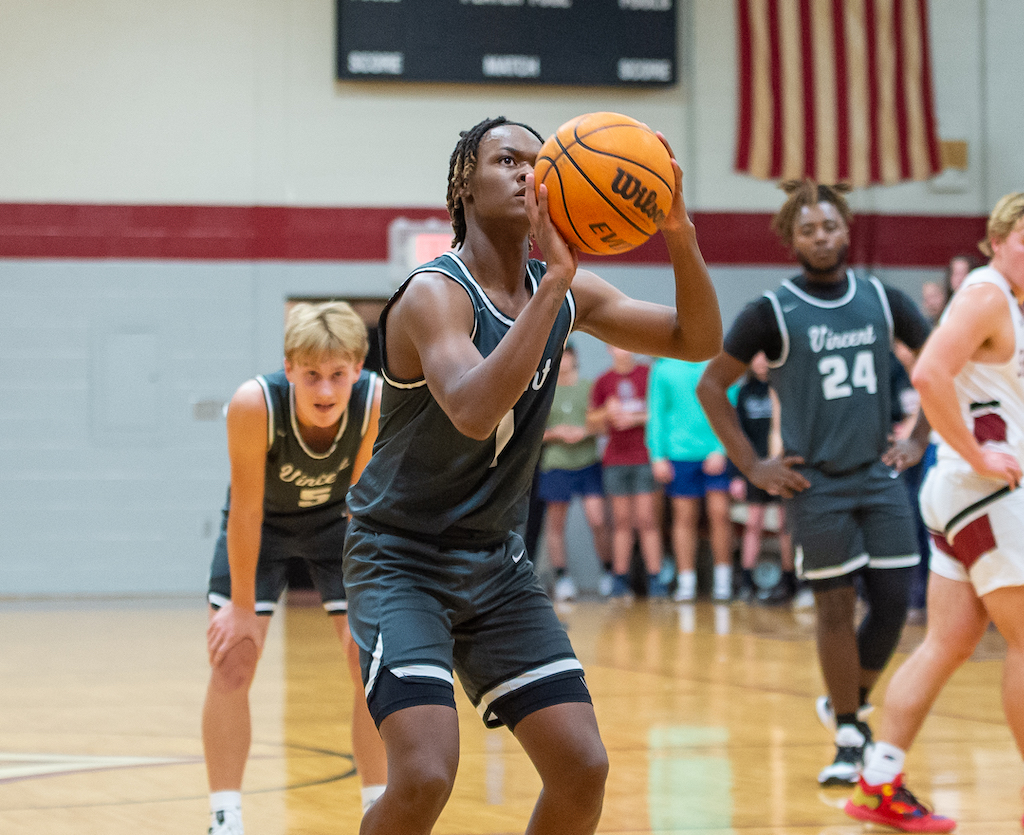 Vincent took down Westminster at Oak Mountain with a dominant 55-19 win on Friday, Jan. 13 to improve to 3-0 in area play. (File)

VINCENT – Playing in a five-team area this season, the climb to an area title and the postseason won’t be an easy one for the Vincent Yellow Jackets, but following another dominant win on Friday, Jan. 13, the Jackets have now beaten three of their four opponents in the area.

Taking on county foe Westminster at Oak Mountain, the Yellow Jackets jumped out to a 15-0 lead in the first 6:30 of the game and never looked back on their way to a dominant 55-19 victory.

With the 46-point win, Vincent improved to 3-0 in area play following wins of 60-34 against Holy Family Catholic and 59-50 against Cornerstone Schools of Alabama.

The Jackets still have one game left against each of those three teams as well as two against Altamont.

In the matchup with the Knights, it took just 15 seconds for Blake Allums to knock down a 3-pointer for the Jackets to kickstart a big opening quarter on both ends of the floor.

That was followed by a layup from TyQun Goodman, another deep three from Allums, a turnover that led to a fast break layup for Keetlyn Pelmer and a steal that led to an Easton Fields layup.

That forced a Westminster timeout as the Yellow Jackets had jumped out to a 12-0 advantage.

That led to a more quiet couple of minutes, but eventually, a great pass found Allums open in the corner for his third 3-pointer of the opening quarter to put the Jackets on top 15-0 with 1:30 left in the period.

Westminster finally got on the board shortly after with two points, only to have the Jackets respond with four more to end the quarter and take a 19-2 lead.

Vincent capitalized on the momentum of the first quarter on both ends of the floor by carrying that throughout the rest of the game.

The Jackets eventually added three more to open the second quarter, extending the lead to 20 point.

The second quarter was more defensive for both, but Vincent eventually saw the lead blossom to as many as 26, taking a 32-6 lead into the halftime break.

Not much changed coming out of the break as Vincent continued its dominant ways by extending the lead to 35 in the third quarter. The Yellow Jackets outscored Westminster 15-6 in the period to take a 47-12 lead into the final quarter.

From there, they finished off the dominant win with an 8-7 final quarter, leading by as many as 41 in the final period before finishing off the victory.

Skyler McCrimon led all scorers in the win, totaling 16 points for Vincent.