Samaniego sworn in for third term as SCSO sheriff 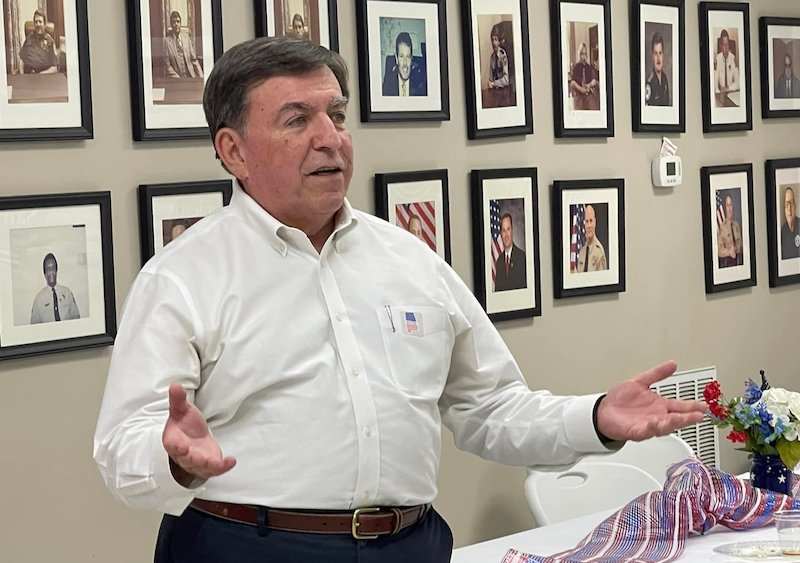 John Samaniego was sworn in for a third term as sheriff of Shelby County during an investiture on Sunday, Jan. 15. (File)

COLUMBIANA – John Samaniego was sworn in for another term as sheriff of Shelby County during an investiture on Sunday, Jan. 15.

Samaniego first took office on Jan. 20, 2015 after being elected for the first time in 2014. He was then re-elected to the position to serve another four years in 2018.

“Serving the citizens of Shelby County as sheriff has been the greatest honor of my law enforcement career,” Samaniego said. “Being surrounded by friends and family as I take the oath of office is a solemn reminder of what exactly is at stake. Fulfilling the duty of the office of sheriff is an incredible responsibility that weighs heavy on the shoulders of any man or woman who serves in this office.”

Samaniego has served more than 40 years in law enforcement, working for the Tuscaloosa Police Department for more than 20 years in narcotics investigations before becoming assistant chief of police with the TPD.

He moved to Shelby County in 2003 as chief deputy of the Sheriff’s Office before being elected to position of sheriff more than 10 years later.

“I want the citizens of Shelby County to know that the success of our office is exclusively because of the trust that you have placed in us and the sacrifice and hard work of the men and women who put on the uniform to do this job every single day of the year,” Samaniego said. “For them and their families, I am most grateful.”

Clay Hammac, who was recently promoted from major to chief deputy, took his oath at the event.

“The oath of a deputy sheriff is one that carries a great deal of responsibility, and it is a symbol of trust from not only the Sheriff who deputizes us, but the citizens who have entrusted him to do so,” Hammac said. “Every four years as we stand before our families and friends to recite the oath delivered by the Sheriff, it is a reminder that we are servants of ‘The People.’ This is my sixth time to take this oath, and each time I stand shoulder to shoulder with my fellow deputies it serves as a reminder that our duty to safeguard our community and protect the freedoms and liberties of the citizens we serve is our highest priority.”

The annual awards and recognition ceremony was held following the investiture.

Those who wish to keep up to date with the Shelby County Sheriff’s Office may do so on its official Facebook page at Facebook.com/ShelbyCounty.Sheriff.