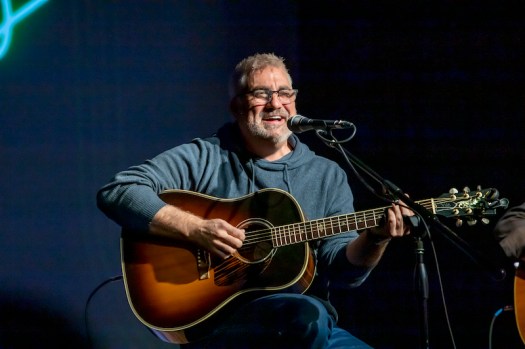 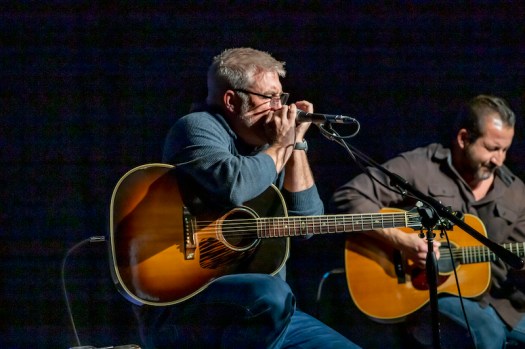 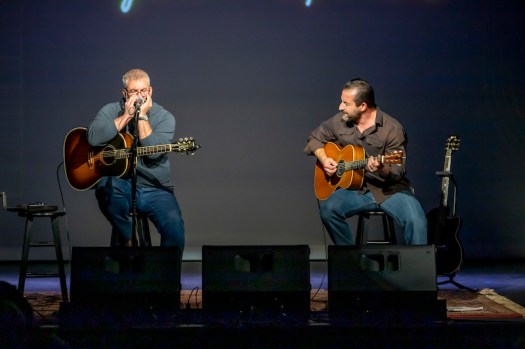 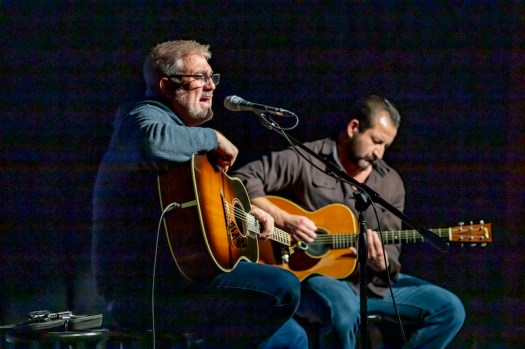 COLUMBIANA – Taylor Hicks played to a packed yet intimate Song Theater at the Shelby County Arts Council on Friday, Jan. 13 and Saturday, Jan. 14 in Columbiana.

The season-five winner of American Idol was interactive with the crowd, making sure to joke and speak with the audience in between songs. He kept the energy high and comedic, playing a variety of covers in addition to some original songs.

Hicks spoke on the importance of smaller venues and how they offer special and more intimate aspects to performing.

“It gives me a chance to work one-on-one with the audience. You can carry that and use it in a bigger setting,” Hicks said. “I have been able to work on conversational material in between songs.”

Hicks played a new song entitled “Six Strings and Wedding Rings.” When speaking about the song with the audience, he explained, “It’s about life on the road and relationships.”

Hicks, an Alabama native, said he feels comfortable in the state and is able to offer more inside jokes to the crowd.

“It just feels like home,” he said. “It’s a lot easier in these kinds of settings when you’re in your home state because you automatically have something in common, which makes it easier to entertain folks.”

Hicks said he enjoys going back to the places that he grew up playing when he was first starting his career such as the Flora Bama Lounge.

“I like paying my respects,” he said. “Because you spend all that time in there thinking about how you’ll get out of there. Once you get the opportunity to graduate and move on, it’s always fun going back.”

Hicks said his favorite song to play during a performance varies depending on the audience and, in acoustic settings, it is always important to note how the audience might be feeling and cater to them.

“If it’s more jovial and it’s fun and people are laughing and having a good time, you want to keep it more upbeat,” he said.

Hicks played Elvis Presley’s “In the Ghetto” which he previously performed on American Idol. While playing the song, Hicks shared what the Presley family meant to him and offered this song as a tribute to Elvis, Lisa Marie and Priscilla Presley.

Hicks told the story of being flown out to Graceland during his season of American Idol alongside the other contestants. Hicks had an interaction with Lisa Marie that stays with him to this day.

“We pulled up, and Priscilla and Lisa Marie were there,” Hicks said. “It was one of the greatest moments of my life.”

Hicks said he took a golf cart out with Lisa Marie in which they drove throughout Graceland. Presley turned to him with tears in her eyes and said, “This is what it was like when daddy was alive.”

“That was just a powerful moment for me,” Hicks said. “That is something that I will always remember.”

Throughout the course of his career, Hicks said he has been able to become more comfortable with an audience now compared to when he first started out performing.

“I think I’m more focused from an acoustic and intimate perspective on the bits and conversational pieces now as opposed to then,” Hicks said.

Hicks will release new music in the spring and can be found on Facebook at Facebook.com/TaylorHicks.