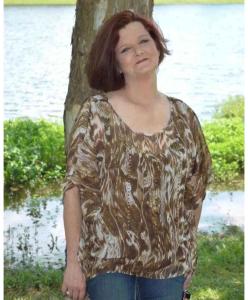 Anna Michele Vaughn Cahoon, age 58, of Pelham, passed away January 8, 2023. Anna was a member of Bluff Park United Methodist Church. She was an avid quilter and bird watcher. She had a special love for humming birds. She was a great meme to her grandchildren, devoted wife to her husband, Keith and wonderful mother to her children, Micheal and Anna.

Michele had so much love and respect for all first responders: Police, Fire, EMS, Dispatchers and many more.

The visitation will be Thursday, January 12, 2023, from 1:00 PM until 2:00 PM, at Peoples Chapel Funeral Home. The funeral service will follow at 2:00 PM, with Pastor Kevin Payne officiating.

In lieu of flowers memorials can be made to St. Jude Children’s Hospital in her honor.