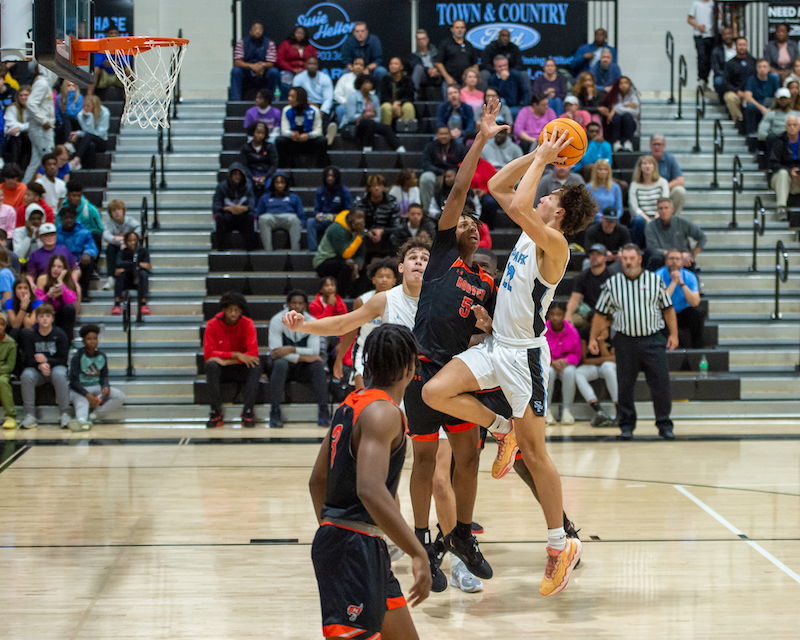 BROOKWOOD –  The Jaguars gutted out a win on Monday, Jan. 16 as they took down the Hartselle  Tigers 74-59.

Spain Park took a one-point lead after posting 20 points from five different players in the first quarter. Sam Wright led the Jaguars after knocking down two free throws and four baskets inside the arc.

Chapman Blevins and Zach Gray picked up one basket each outside of the arc, while Chase James and T.J. Lamar tack on a combined four points.

The Jaguars began to create more separation between them and Hartselle. Spain Park finished the first half with a 35-31 with Gray and Wright posting a combined eight points out of the Jaguars’ 15 points from the third quarter.

Hunter Herritt, James and Lamar each knocked down a field goal.

Returning from the break, Spain Park extended their lead in a big way by limiting Hartselle to seven points in the third quarter. The Jaguars managed to post 15 more points after yet another strong offensive run.

James knocked down two baskets outside the arc, while Wright went two for two from the free-throw line and picked up two baskets in the paint. Jared Smith and Gray totaled a combined three points.

Spain Park led Hartselle 38 before entering a battle of the offenses in the final quarter. Both teams totaled more than 20 points in the fourth quarter with the Tigers posting 21 points and the Jaguars knocking down 24 points.

Wright picked up 10 points from two free throws and four two-pointers. Gray knocked down a basket inside the arc and three from the free-throw line.

Spain Park takes on Oak Mountain on Friday, Jan. 20 in another area matchup.