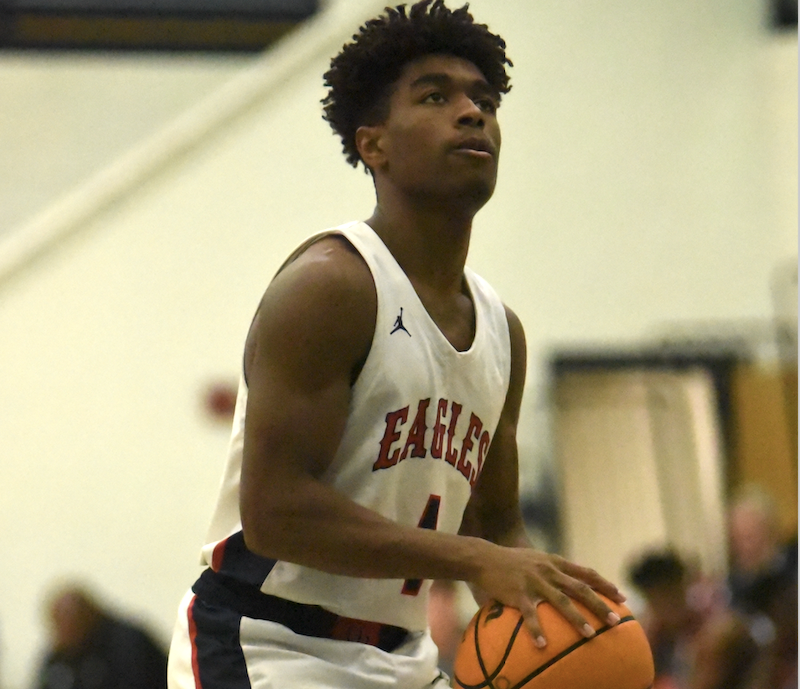 A point is a point, end of story. (Reporter photo/Lauren Sexton)

I am well aware that I sound like a broken record at this point. I’ve discussed how crucial field goals and two-point conversions are in football, and more recently, how dunking can be beneficial. However, I can not deny it any longer. After watching countless basketball games, I have to address one of the major factors that can determine whether or not a game is won or lost and it all comes down to one line, the free throw line.

Within the past week, there have been several county matchups that have been won by free throws. Games like Pelham versus Briarwood and Oak Mountain versus Hewitt-Trussville saw way too many chances from the free-throw line. What I noticed from watching both those games is how the importance of making those points changed throughout the quarters. Most players were missing many of their attempts early on in the game. Maybe they feel the pressure to add the end of a game to make the point to create some separation, but shouldn’t there always be that pressure?

I hate that I sound like a broken record but every point matters. It is such a frustrating thing to get across. More often than people probably enjoy a good, close game, however, I am not that kind of person and I think most coaches might agree with me when I say it is better to have a win by ten points than one point.

Missed free throws are missed points. It is easy to consider them as extra points because the game clock is stopped, but that’s not how it really should be seen. Pelham’s Kamari Hollis had 14 free throw attempts in the Panthers area matchup against Briarwood. Hollis knocked down 11 free throws, picking up 11 points for Pelham and kept the game close. Oak Mountain’s Tre Thomas made one out of his two free throws in the last eight seconds of the Eagles’ matchup against Hewitt-Trussville. That single free throw gave Oak Mountain that one-point lead and prevented the game from going into overtime.

As it pains me to say, my dad was right. When I was a kid playing basketball, my dad would make me stand on the free-throw line for what felt like an eternity just to work on my free throws. I didn’t know it then, but that practice on the line helped cultivate my aim and pick up those extra points that picked up a win for my team. Don’t be like Shaq, work on that free throw.