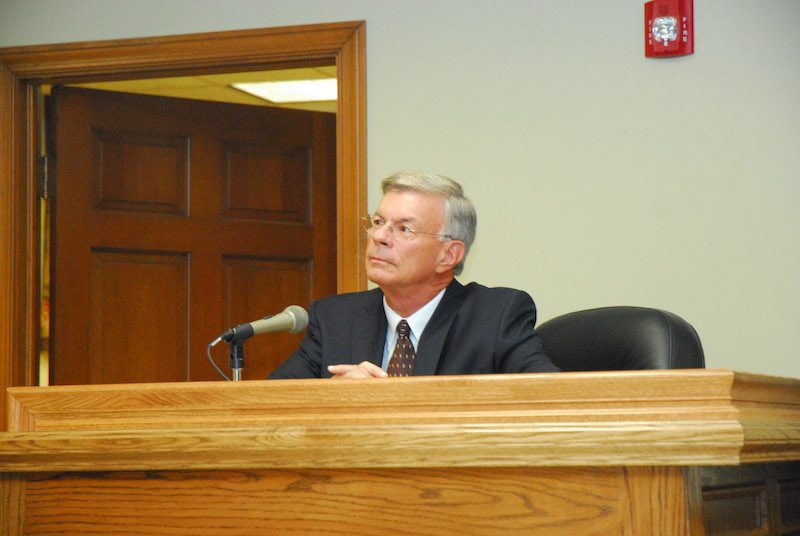 Pelham City Schools Board of Education President Rick Rhoades announced retirement after more than 25 years of service and working in the community. (Contributed)

Pelham City Schools Board of Education President Rick Rhoades has been a member of the board since its inception, but that time will soon come to an end.

Rhoades announced his plans to retire at the end of January after close to 10 years serving as the BOE president.

“It is a bit of a mixed bag,” Rhoades said. “While I am excited at the possibility of being able to spend more time with family and pursue other interests, I shall miss my involvement with Pelham City Schools.”

Rhoades said there are a lot of moments throughout his time at Pelham City Schools that have been significant, but he is most impressed with the school system’s response to the COVID-19 pandemic.

“No complaining, no hesitation, just dedicated people working together in an impossible situation to make the best possible learning environment for our students in spite of tremendous obstacles to overcome,” Rhoades said. “I also remember the facilities that we have built and the salary increases that we have been able to implement for our faculty and staff.”

Rhoades said that throughout his 25-year involvement with the community of Pelham, he has come to the realization of just how special Pelham is.

“The association that I have been able to have with fellow board members, working with two great superintendents and our staff and to observe and interact with our teachers means a great deal to me,” Rhoades said. “It has been a rewarding and gratifying experience for me to be a part of the launching of our system and to assist with the growth and development that it has experienced is pretty special.”

Rhoades said he plans to travel after retirement, spend as much time with his family as possible and try to coach football.Rhoades also served as the Pelham High School football coach from 1996-2000, putting together a record of 41-19, which is the best winning percentage and tied for the second-most wins in school history. He also has a record number of playoff wins at PHS with five and led the Panthers to the third round of the 1999 playoffs.

“Thank you for the opportunity to serve,” Rhoades said. “I have been involved in Pelham for about 25 years. In that time, this entire area has grown tremendously and the rivalry and competition between communities has intensified. It is my firm belief that when Pelham focuses on Pelham and works together towards being the best Pelham that we can be, good things happen.”