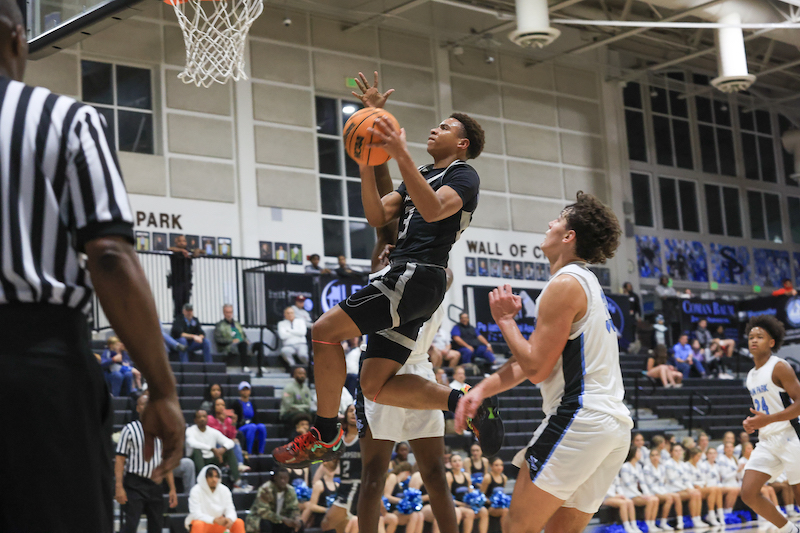 MONTEVALLO –  The Thompson Warriors dominated in their recent matchup against the Montevallo Bulldogs on Tuesday, Jan. 17. The Bulldogs fell to the Warriors 62-48.

Thompson picked up a double-digit lead in the first quarter after posting 19 points, while the defense limited Montevallo to six points.

Carson Pringle and Jay Green took the lead for the Warriors in the opening half with each player totaling five points. Tre Adolphus and Xzayvion Childress both picked up three points each outside the arc.

Jayden Rutledge, Ja’Von Chism and Dee Cutts each knocked down a two-pointer for Montevallo before the start of the second quarter.

Chism led the Bulldogs in the second quarter with three field goals totaling six points. Demeco Gibson followed Chism with a basket inside the arc and one outside the arc.

Jamarcus Thomas and Cutts tacked on a combined four points.

Thompson’s Justin McKnight carried the Warriors with three baskets knocked down within the paint. Adolphus followed McKnight with a basket inside and outside the arc.

Coming out from the break, Thompson’s defense continued to limit Montevallo in the two remaining quarters. The Warriors picked up 16 points in the third quarter and another 12 points in the fourth quarter.

Montevallo tacked on five points in the third quarter and ended the game with 17 points.

Adolphus led the second half with six points knocked down. Cam Pritchett, Wooley and Lewis followed with four points.

Rutledge and Chism carried the Bulldogs in the second half after both players posted five points each.