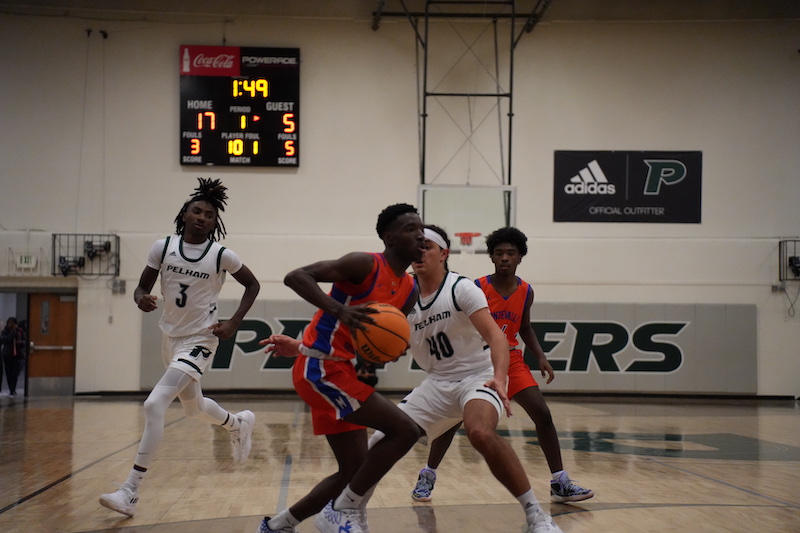 MONTEVALLO –  The Montevallo Bulldogs had an eight-point halftime deficit against Bibb County and turned it into a one-point victory on Thursday, Jan. 19.

The Bulldogs trailed 23-15 at the half but returned to the second half with offensive adjustments. This aggressive offensive led Montevallo to pick up a 34-28 lead before the final quarter.

Montevallo improved to 3-2 in area play ahead of its next area matchup Holt.

In the opening quarter, the Bulldogs’ offense struggled to outscore Bibb County. Jamarcus Thomas knocked down a basket outside the arc, while Ja’Von Chism knocked down a bucket in the paint.

Javon Rogers went two for two from the free-throw line.

Bibb County’s defense continued to dominate in a similar fashion to their previous matchup against Montevallo.

The Bulldogs posted an additional eight points before the first half concluded.

Montevallo’s offense bounced back after returning from the break, while the defense limited Bibb County to only five points before the final quarter.

Rutledge carried the Bulldogs in the third quarter with two points picked up from the free throw line and six points from three field goals. Rogers followed Rutledge with a basket inside the arc and outside the arc, while Keiston Ross tacked on a two-pointer.

The Bulldogs led Bibb County 34-28 before a defensive battle in the fourth quarter.

Bibb County knocked down eight points from the free throw line and kept the game close with ten points posted in the paint.

Montevallo was able to outscore Bibb County by a single point with the edge their third-quarter lead had given them.

Cutts and Rogers led the Bulldogs with 12 points knocked down each. Rutledge followed with 10 points.

Montevallo hits the road to Shelby County on Tuesday, Jan. 24.