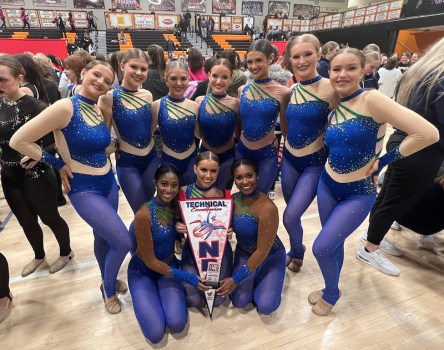 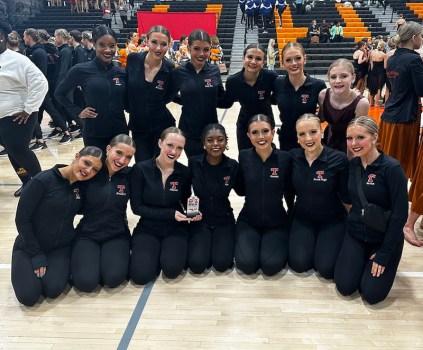 HOOVER – With football season being a thing of the past, both the varsity and the junior varsity Warriorettes competed in the NDA Bama Regional on Saturday, Jan. 14 at Hoover High School.

“Both teams had great performances,” Thompson Warriorette dance instructor  Emily Bennett said. “Especially being our first competition of the season.”

Both teams competed in jazz and high kick competition in their respective divisions.

In the varsity team’s performance in the jazz competition, the team danced to Olivia Rodrigo’s “Favorite Crime” which was choreographed by Tribe99 dance choreographer Haylee Holland.

The varsity team placed first overall in the jazz and kick categories. As well as finishing the NDA Bama Regional with a technique excellence award for their performances.

Junior varsity finished in first place for their routine in the kick competition and came in second place for jazz.

The junior varsity performed “Break My Broken Heart” by Winoa Oak in the jazz portion. The routine was choreographed by Brielle Thompson from Synergy Dance.

For the kick competition, the junior varisty’s routine was to “Warrior” by Demi Lovato. Jennifer Whitford choreographed the Warriorettes routine.

“Both teams work extremely hard to prepare for competition,” Bennett said. “They are strength training every day as well as running the mile and sprinting. They have practice four days a week for two and a half hours each day. They are working so hard and I am so proud of them for pushing through everything we throw at them.”

Both teams are preparing to compete at the National Dance Team Competition in Orlando, Florida. This would be the first time Thompson would attend.

The Warriorettes hit the road to Louisiana on Saturday, Jan. 21 for the UDA Louisiana State Competition.