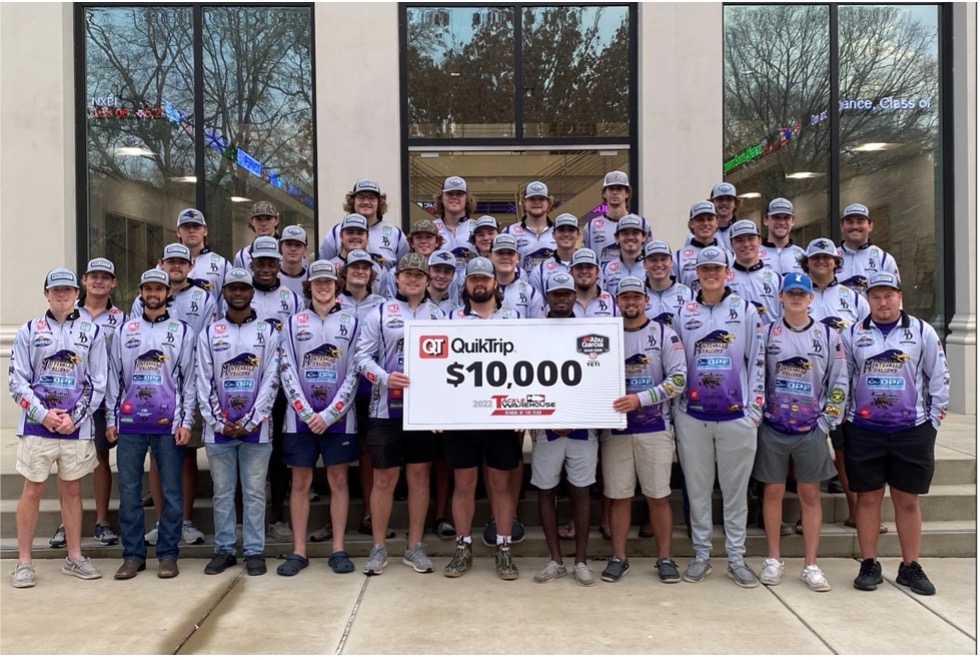 The University of Montevallo fishing team ranked No. 1 in the Bass Pro Shops 2022-2023 School of the Year standings. (Contributed)

MONTEVALLO – The University of Montevallo fishing team is ranked No. 1 in the Bass Pro Shops 2022-2023 School of the Year standings released last week.

“The fishing team’s extraordinary success at the national level is exemplary of a long-standing standard of excellence on our campus,” said President John W. Stewart III. “Everyone in the Montevallo family is committed to student success and, as president, it is very meaningful to see students so devoted to their academic and extracurricular passions.”

The fishing team, which is part of the UM President’s Outdoor Scholars Program, has accumulated a total of 18,915 points during the season so far, which began in June and ends in May.

The team has outfished more than 170 other schools to achieve the hard-fought ranking by The Association of Collegiate Anglers, which manages the multifaceted Bass Pro Shops School of the Year program presented by Abu Garcia to rank and reward collegiate bass fishing teams throughout the country.

“It’s always good to be on top,” said UM Head Fishing Coach William Crawford. “We’re halfway through the season and as it stands right now, we’re the No. 1 team in the country. The biggest part of our season is the second half that we’re about to start in Florida.”

“It doesn’t matter how you start but how you finish. As long as we can hold onto that No. 1 spot and come out on top, that’s the ultimate goal.”