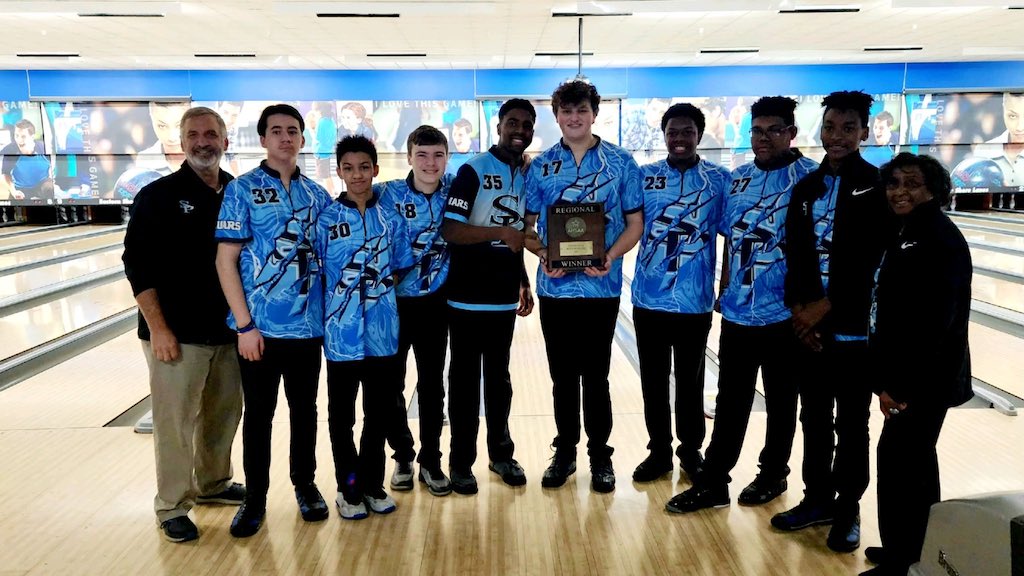 SPANISH FORT – The Spain Park boys bowling team is headed back to the state tournament yet again after paving a dominant path to the AHSAA 6A-7A South Region Championship Jan. 19-20.

Competing at Eastern Shore Lanes in Spanish Fort, the Jaguars earned the one seed following the first day of the tournament thanks to a team total of 3,058.

That led into a dominant elimination day for the Jags, as they won each of the three rounds by scores of at least 4-2 in a best-of-seven format.

To earn the top seed, Spain Park used impressive efforts on Jan. 19 from several individual bowlers during a traditional format that calculated each bowler’s total to reach a team total.

The Jags also had the two top individual bowlers at the end of the first day to take the top two spots in the regional standings.

Luke Eaton totaled 689 to just edge out teammate Michael Kimble with 683 points. Luke Mitchell added another finisher inside the top five, placing fourth with a total of 598. Eaton’s best game was 242, while Kimble had the best showing of any individual with one game of 246. Mitchell was consistent in his effort as well, totaling 216 for his best game.

That led a confident Spain Park team into the second day of the tournament as the top seed.

Facing elimination in the first round, the Jags put together a dominant effort in the best-of-seven baker game format.

With that, Spain Park not only advanced to the semifinals of the regional tournament, but secured a spot in the state tournament.

Still, the Jaguars weren’t done. In the semifinals, they put together just as dominant of an effort.

After winning the opening baker game to the second round 190-138, the second game was tightly contested and went to a tiebreaker at 172-172. The Jags, however, picked up a 60-40 win in the tiebreak to take a 2-0 advantage.

That led to the championship match against Vestavia Hills, which was a tightly-contested battle.

The Jags took an early 1-0 lead after winning the opening game 225-158, but the Rebels bounced back to win the second game 185-169 to quickly even the matchup.

The two then traded the next two games as well with Spain Park winning the third 202-170 and Vestavia taking the fourth 240-225.

That evened the match at 2-2 going to the fifth game. The Jags, however, squeaked out the fourth game 232-227 to take a 3-2 lead, which gave them the push they needed.

With the advantage, Spain Park was able to capitalize on the momentum and put away the championship with a 244-225 victory.

The state tournament will take place in Gadsden at The Alley Jan. 26-27.