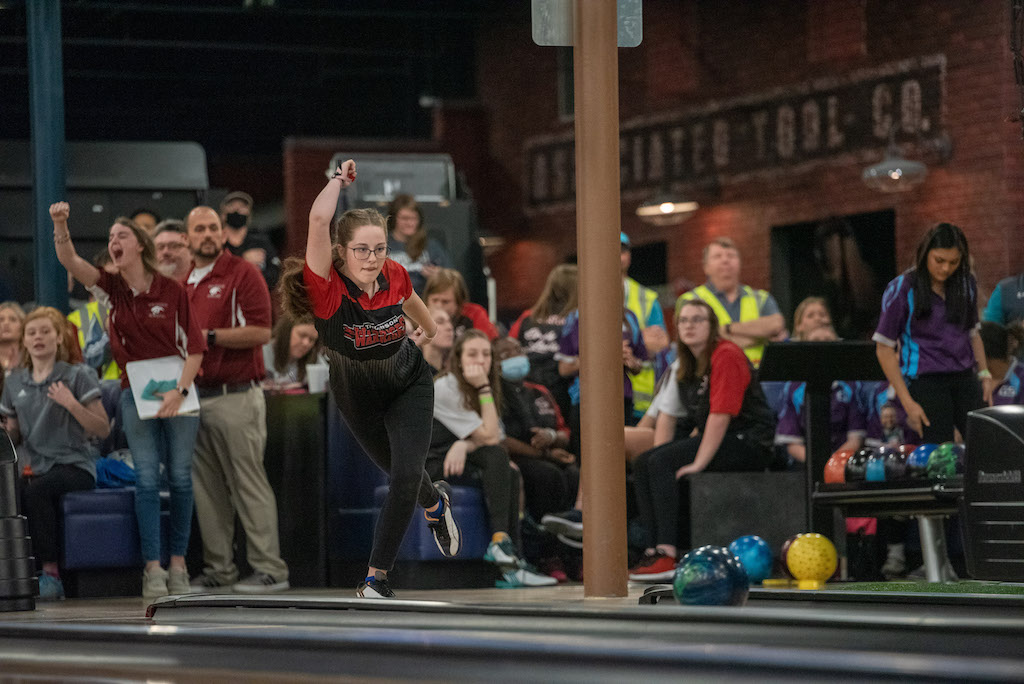 The Thompson Warriors and Oak Mountain Eagles both earned a spot at the state tournament after impressive showings at the regional tournament. (File)

SPANISH FORT – The Thompson Warriors and Oak Mountain Eagles are both headed to the state bowling tournament after impressive showings at the AHSAA 6A-7A South Regional Tournament held at Eastern Shore Lanes in Spanish Fort Jan. 19-20.

Both teams had success throughout the two-day tournament with the Warriors making it all the way to the championship match and the Eagles finding a spot in the semifinals.

The two finished the opening day of the tournament, which featured each bowler bowling toward an aggregate total in traditional games, inside the top five.

Thompson ultimately totaled 2,485 points on the opening day of the event, which finished just slightly behind Stanhope Elmore for the top seed going into elimination day.

The Warriors were led by Ella Walker and Emma Roberson, who finished fourth and fifth in the individual standings. Walker totaled 552 points to finish just ahead of Roberson with a score of 532.

Just behind those two in ninth was teammate Sophie Leonard with a score of 516.

Oak Mountain finished the opening day with a score of 2,220 to earn the four seed. The Eagles were led by Emma Hawkins with a score of 564, earning her a finish of third in the individual standings. Her biggest highlight was a score of 203 in her first game, while teammate Joelle “JoJo” Smith finished seventh with a score of 525, bowling an opening game of 221.

That led both into the elimination round a day later needing one win each to earn a spot in the state tournament.

That gave the Eagles a spot at state and set up a matchup against top seed Stanhope Elmore in the semifinals. Ultimately, the Mustangs proved to be too much, winning the semifinal match 4-1 with a total score of 831-689.

As for the Warriors, they won their opening match 4-1 over Mary G. Montgomery and then downed Baker by the same score.

Thompson won both by taking early advantages and never looking back. In the opening matchup, the Warriors took a 2-0 advantage and dropped the third game by four points before bouncing back with two dominant wins in a row. They then took a 3-0 lead against Baker and only dropped the fourth game before finishing off with a 155-133 win in the final game.

That led to the championship matchup with Stanhope Elmore, pitting the top-two seeds against one another.

Thompson actually took a 1-0 lead with a 193-180 victory in the opening game. Stanhope, however, was too hot from there, scoring 181 or above in every game the rest of the way to win the final four games and pick up a 4-1 win.

Both teams will now compete in the state tournament in Gadsden Jan. 26-27.