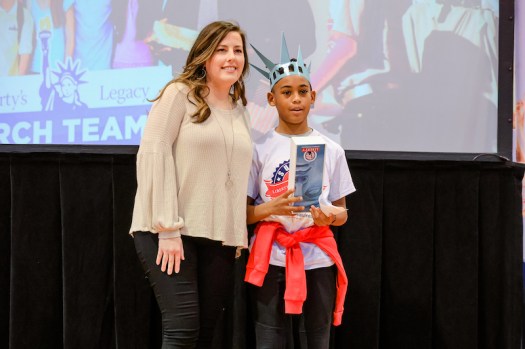 The annual Next Great Americans Tour is hosted by the Liberty Learning Foundation and recently visited children at Creek View, Meadow View and Thompson Intermediate. (For the Reporter/Dawn Harrison) 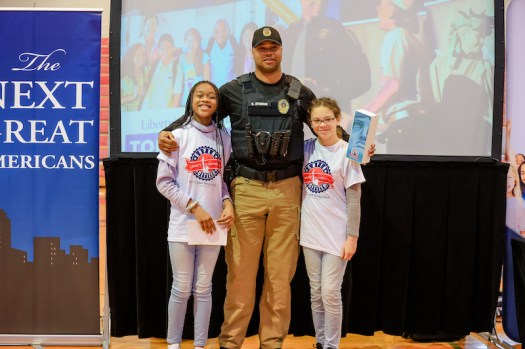 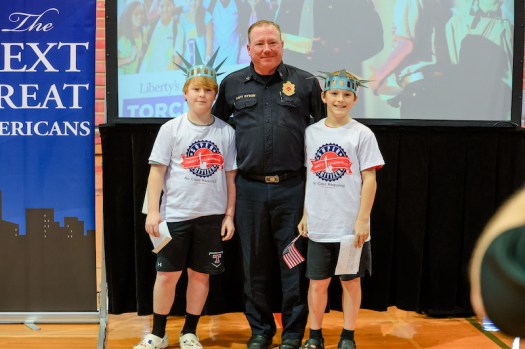 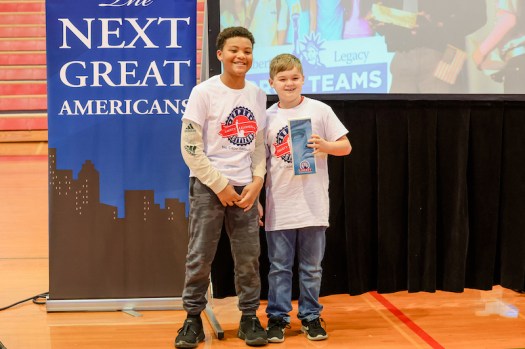 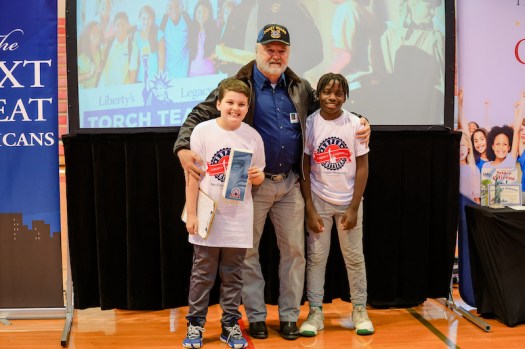 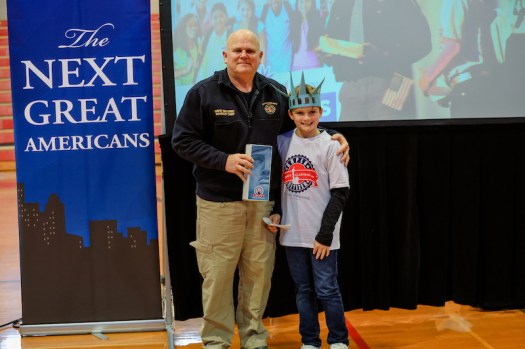 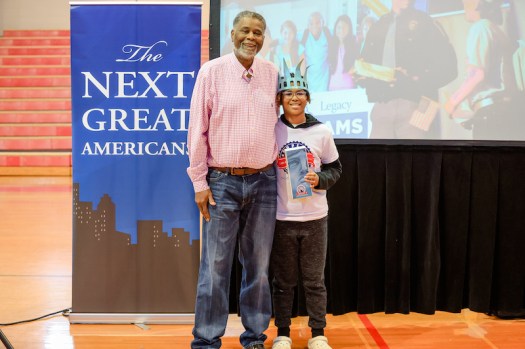 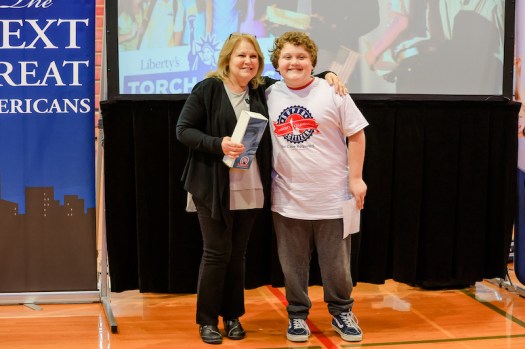 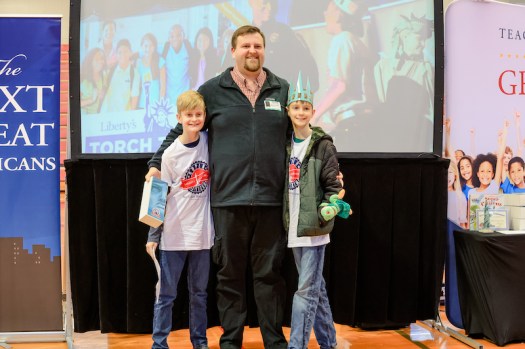 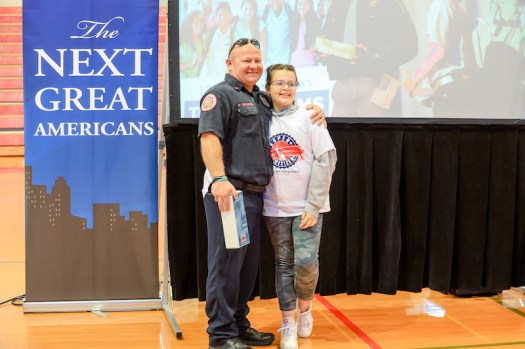 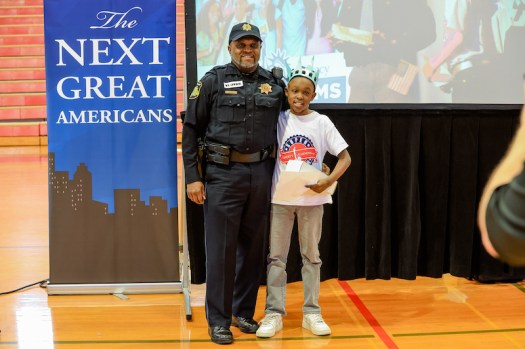 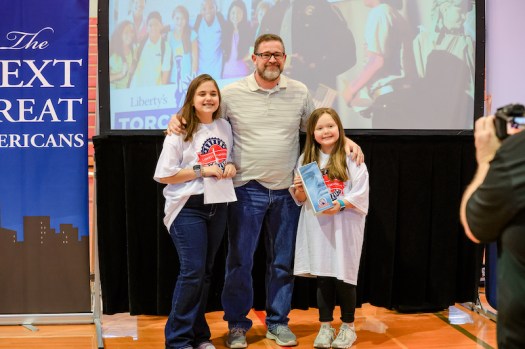 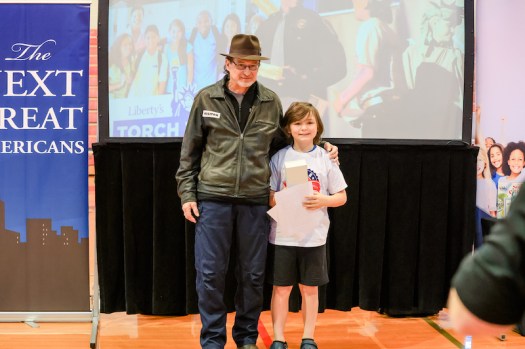 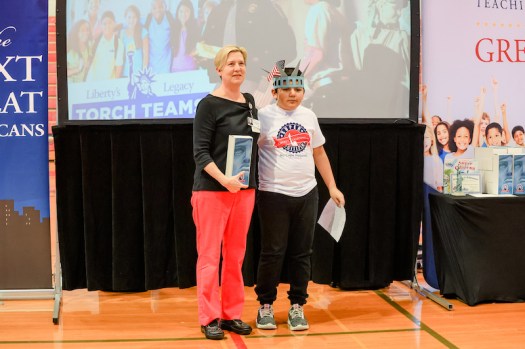 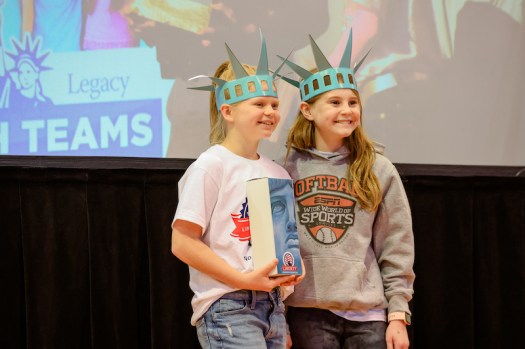 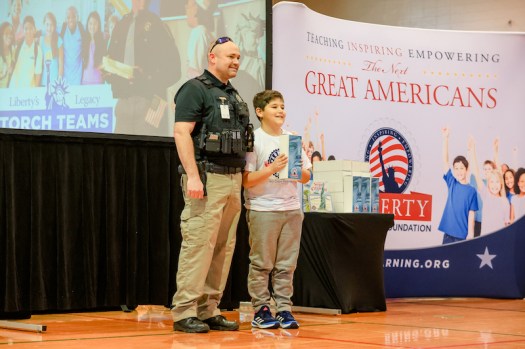 ALABASTER – Children in Alabaster City Schools honored local heroes and learned about the importance of being a responsible citizen during The Next Great Americans Tour.

The annual event is hosted by the Liberty Learning Foundation and recently visited children at Creek View, Meadow View and Thompson Intermediate. TIS held its ceremony on Friday, Jan. 20 from 9-10 a.m.

“I think it was a great opportunity for students to show their citizenship and their patriotism to the U.S.A.,” said Jamelia Hayes, TIS Principal. “All fifth grade students and teachers were involved in the ceremony, and it was a great way of the children choosing a person that they felt was deserving of being recognized as a super citizen in the community.”

According to Hayes, the main goal of the event was to identify an individual from the community that the students felt represented what a super citizen was, based on the goals that they learned.

“The students vote in their class, and based on the student vote, each class has a different person designated as their super citizen for that class,” Hayes said. “It may have been a parent, grandparent, it may have been some relative, an uncle who worked as a firefighter.”

Prior to the ceremony, the students had time to learn lessons in civics, character development, financial literacy and career exploration, teaching to them the importance of their roles as responsible citizens.

“Liberty Legacy is a component of the fifth grade curriculum,” Hayes said. “From September through last week, when they did the celebration, they have talked about different components of what Liberty Legacy is and what the super citizen means.”

During the ceremony, students recited the super citizen pledge.

“They did recite the super citizen pledge (where) they commit to being good citizens not just in school but in the community as a whole,” Hayes said. “They all received their certificates once they get back to class, and they have their flags that they’re provided. It was just a great, unifying school-wide fifth grade initiative.”

Hayes shared what she believes is the biggest takeaway from the event.

“I think the biggest takeaway is that what you do everywhere matters,” she said. “Being a good citizen isn’t just compartmentalized to your school but also to your larger community and collectively as a city in Alabaster, we can make a difference one by one.