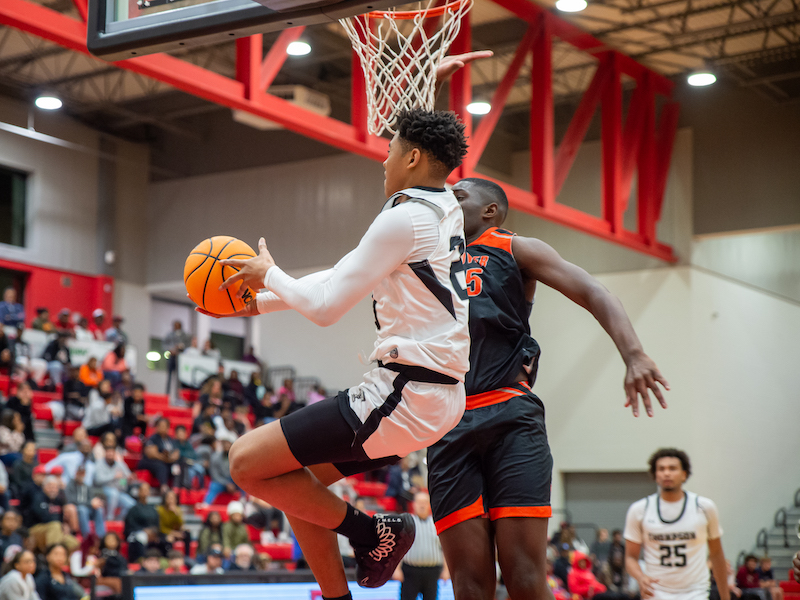 ALABASTER — Thompson picked up a huge win against Hueytown on Saturday, Jan. 21 thanks to a strong offensive run. The Warriors took down the Hueytown Golden Gophers 78-41.

The opening quarter started with Thompson limiting the Golden Gophers to 10 points, while the Warriors’ offense posted 20 points. Justin McKnight and Carson Pringle both totaled six points each.

Xzayvion Childress and Colben Landrew both knocked down a basket outside the arc, while Damien Wooley posted two points from a field goal inside the paint.

The Warriors extended their lead to 36-19 before going into the break. Pringle led Thompson with two free throws and three field goals totaling six points.

Jose Gonzalez knocked down a basket outside the arc, while Jay Green and Wooley posted a combined four points inside the arc. Chace Lewis picked up a point from the free-throw line.

Thompson made a comeback impossible for Hueytown after returning from the break.

Green carried the Warriors in the third quarter after knocking down a basket from the free-throw line and posting six points from three field goals. Landrew followed Green with a basket inside the arc and one outside the arc.

The Warriors’ secured their 78-41 victory in the final quarter against the Golden Gophers. Mothershed led the fourth-quarter offensive run with six points posted.

Thompson hosts Tuscaloosa County on Tuesday, Jan. 24 in its next area matchup.