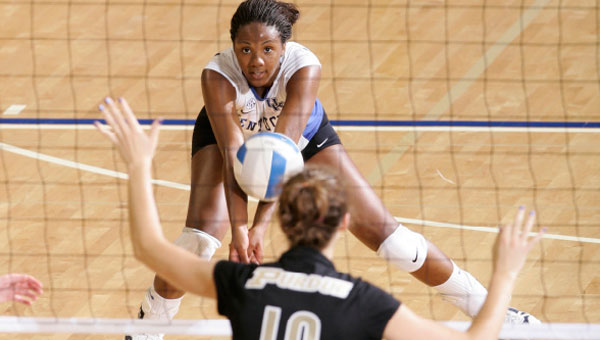 Former Pelham High School volleyball star Whitney Billings is off to a fast start in her collegiate career at the University of Kentucky. (Contributed)

Former Pelham High School volleyball star Whitney Billings got off to a fast start in her collegiate career at the University of Kentucky in her first two games with the Wildcats.

The Aug. 29 match was televised live on the CBS College Sports Network.

The Helena native, who redshirted during the 2009 season in her first year in Lexington, added eight digs and three blocks in her second game.

Billings, who was named to the All-Southeastern Conference Freshman Academic team in 2009, was the Shelby County Reporter Player of the Year following her senior season at Pelham in 2008.

Billings was a two-time National High School Player of the Year finalist in both her freshman and sophomore seasons with the Panthers. Billings participated with the Junior Olympic volleyball 14-and-under team in a tour in South Africa in 2004. She toured South Africa with “Bring it to USA Volleyball” and helped promote the event by working with local companies to donate goodie bags for the opposing teams.