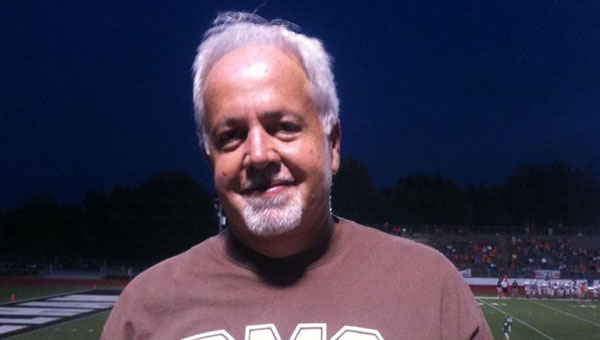 Imagine Charles Smith’s surprise when he opened the paper and found a caption identifying Lewis Brooks as principal of Riverchase Middle School. Smith, who served as assistant principal at RMS for seven years before being named RMS principal years ago said, “I laughed and I have had the best time with Lewis about the picture.”

Learning from that mistaken caption, I am reminded that clarity matters and that not everyone has lived the history of Pelham with me. Because my writing was unclear, the caption was mislabeled. I’ll share this lesson with my students. Nothing drives home a lesson on clarity like revealing their teacher’s lack of clarity.

Another opportunity resulting from my mistake is that apologizing to Smith gave me the chance to ask him what it’s like to be the principal of a middle school whose student population was cut in half by the opening of Helena Middle School in 2008.

Dropping from more than 1,400 students before the split, RMS now has 693 students. “The stress level has dropped 100 percent,” said Smith. “With all of our portables, we almost had two separate schools on the same campus.”

“Before the split, many of our students had most of their classes in the portables with some only entering the building for lunch and physical education,” Smith said. Riverchase Middle School now operates without a single portable.

“I didn’t realize the stress of the overcrowding until after the schools split,” Teacher Beth Crawford said, “The major difference for me as an RMS teacher is that now I can breathe, both literally and figuratively.”

Principal Smith, teachers and students agree that the school shares a renewed spirit of community. “RMS is one big team in the game of life,” seventh-grader Logan Burnett said.