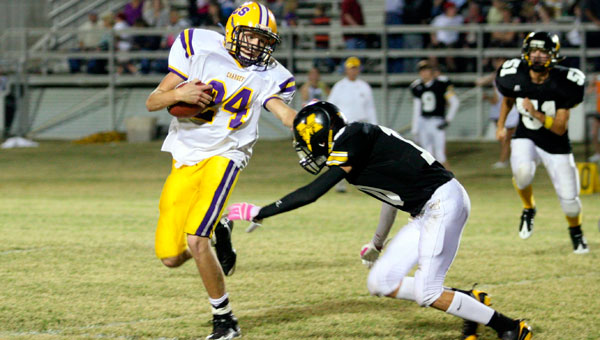 Cornerstone Christian School picked up a 27-14 win on the road at Meadowview Christian in an AISA Class 1A, Region 2 contest Oct. 8.

Three different players scored rushing touchdowns as the Chargers ran their record to 3-4 overall and 1-3 in region play.

Josh Anderson scored the first touchdown in the game on a 42-yard scoring run in the first quarter. Clayton Halbert added a 7-yard touchdown run in the second quarter.

Anderson rushed for 61 yards and a touchdown on seven carries before leaving the game with an injury in the opening quarter.

FROM STAFF REPORTS Coosa Valley Academy racked up 500 yards in total offense as the Rebels rolled to an easy... read more