When in doubt, try, try again 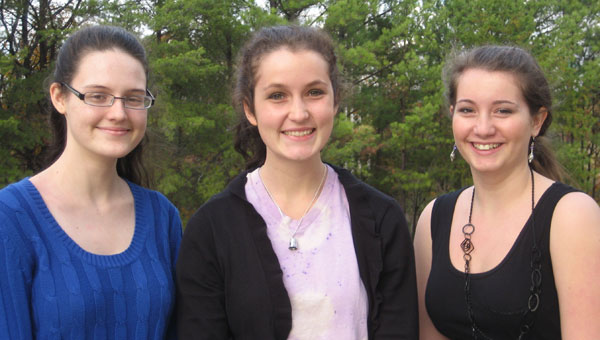 (L-R) Junior Catherine Schmidt and seniors Sam Ellis and Anna Smith were the girls of summer who resized and corrected the 2010 PHS Literary Magazine.

Publishing Pelham High School’s 2010 Literary Magazine has been a publication rollercoaster ride that would not end.

Each spring, the Literary Magazine staff celebrates the magazine’s return from the printer — until this year. There was no magazine celebration this spring.

Watching students receive the final printed magazines each spring is invigorating. Annually, my students are stunned at the artistry of their classmates and amazed at the quality that emerges from true teamwork in the form of their school literary magazine. But not last spring — the arrival of the 2010 magazine was different.

As the students received magazines, smiles were quickly replaced by frowns and disbelief. Neither the students nor I could understand what happened to this proofed-to-perfection publication.

The margins were nonexistent and words were spilling off of pages. Pages were falling out of their bindings. Staffers were stunned and speechless. How could a year’s worth of hard work, sacrifice, fund raising and commitment culminate in such a sad product?

Our salesperson and our printer are always wonderful partners — so what happened?

A well-meaning technician had sent a final proof by email that was larger than our 8.5-by-11 magazine. On computerized pages, the proof looked perfect. Of course, on printed 8.5-by-11 pages, the magazine looked like a child trying to fit into outgrown clothing.

The printer outsourced the binding and the binder’s equipment was faulty also, so the magazines were coming apart. Our salesperson went to her bosses seeking reparation. As summer began, a choice awaited us.

The printing company offered to give us either a refund to use toward next year’s printing or the option to resize the pages and receive reprinted, perfected copies.

Contacting returning literary magazine students, I was impressed when they sacrificed part of their summer to make needed corrections. Staffer Anna Smith was the first-responder.

“I am committed to having a 2010 literary magazine to be proud of,” Smith said, “I am willing to do the work.”

Senior Sam Ellis said, “At first, I wanted to just forget it, but I am glad that we did the work to transform this magazine into a quality publication.”

Junior Catherine Schmidt said, “I learned a lot this summer. Now, I’m excited to be helping new staffers — and thrilled to start a new 2011 literary magazine.”

Community columnist Connie Nolen can be reached by e–mail at CNolen@Shelbyed.k12.al.us.

Stuffed toy round up for kids