Attorney General “Big Luther” Strange is in for a big surprise on Thursday, Sept. 8 at the Wynfrey Hotel when he goes before his “friends” who will be there to roast him. The new attorney general is sure to blush from his head down to his toes – all six feet and nine inches. The roast is sure to be a “tall order”(pun intended) for anyone who has to make the Eagle Scout, genuinely nice guy, loving husband, father and great American look bad.

Each year the Court Appointed Special Advocates (CASA) holds one of the premier “Who’s Who” fundraising events in the metropolitan Birmingham area.

With this year’s honoree’s physical stature, embers won’t be nearly enough; it will have to be a full blown bonfire to roast him. One of the roasters, Hatton Smith, is sure to serve up one big “Royal Cup,” not of coffee, but of ribbing for his friend, “Big Luther.”

Names of the other roasters are being withheld for reasons of security. We don’t know if it’s for theirs or the AG’s.  Either way, it is sure to be a fun-filled evening of laughter and big surprises. 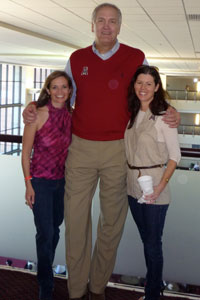 You would think a man who could win state-wide political office wouldn’t have too many secrets, but his closest friends know more about him than meets the eye. They are sure to tell it all in front of the expected crowd of more than 200. Sadly, the attorney general will have no attorney-client privilege on Sept. 8 at the Wynfrey.

The event will also include a silent auction with autographed items, golf packages, jewelry, beach getaways and much more. The silent auction begins at 6:30 p.m. with the dinner and roast beginning at 7 p.m.

CASA of Shelby County is a 501 (c) (3) organization that recruits and trains volunteers to go through the court process with abused and neglected children. Shelby County Judge Jim Kramer utilizes the CASA program and CASA volunteers to serve as the eyes and ears of many of his cases because they can go into the homes of children they serve and he cannot. They write court reports and present them to the Judge for informational purposes.

CASA volunteers advocate for the best interests of the children they serve. Their goal is to ensure that every child has a safe and permanent environment.

For more information on CASA or The Luther Strange Roast to benefit CASA, please visit Casaofshelbycounty.org or call 669-4305.

Life is meant to be enjoyed, resident says