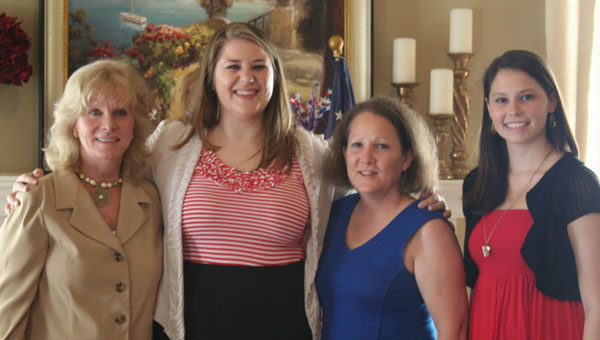 Officers for the club are Kathy Peterson, president, Christy Riggins, vice president, Dawn Ray, secretary, and April Deluca, treasurer. The club became official on July 23 and is an official charter club of the National Federation of Republican Women.

The club is new and growing. Members pride themselves on having a very skilled and diverse group of women of all ages and backgrounds who have one common purpose – to support the core values of the Republican Party. According to their mission statement, “Republicans believe in freedom and equality for all, and that a limited government should be operated by and serve the people.”

According to Vice President Christy Riggings, the purpose of the club is “threefold. We seek to empower, educate and elect Republican women. We seek to provide a resource for local women who are passionate in their love for our country and state and wish to connect them with their representatives, keep them informed of local state and national issues, provide a sounding board for their opinions and thoughts and give them the tools they need to become the most effective activist they wish to be.”

Part of their mission statement is to “Elect strong women and men who are convicted and effective leaders. We wish to encourage those of our own membership who possess these qualities, and we support other Republican stateswomen and statesmen who have a desire to hold office on a local, state or national level.”

The club meets the third Saturday of each month and is open to the public. Anyone interested in more information or attending the meeting can call 746-0714. Future meeting dates are Sept. 17, Oct. 15 and Nov. 19.

House of Representatives member April Weaver will be their first speaker.

Many classrooms, many lessons