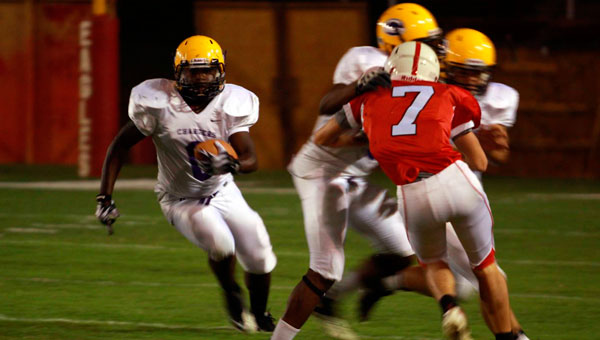 Cornerstone Christian School running back B.J. Smith looks for an opening in the Jackson Academy defense in the Chargers' loss Sept. 30. (Contributed/Cindy Wingard)

Adrian Young scored the lone touchdown in the game for the Chargers with 10 seconds remaining in the first half.

The Chargers will host Meadowview Christian in a non-region game Oct. 7.