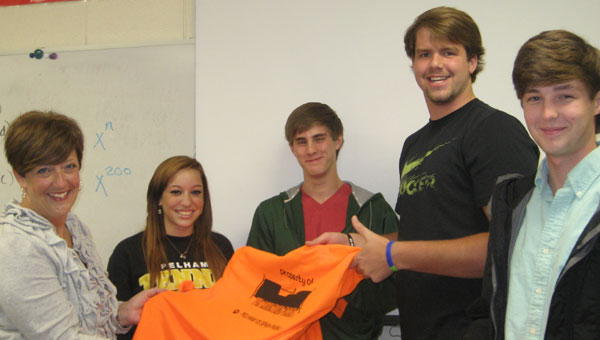 “While we love our traditions, this year PHS homecoming has to be tweaked to deal with construction,” said Keri Ross.

As plans for PHS homecoming 2011 are finalized, adjustments are being made to make this homecoming safe and memorable for everyone. Homecoming changes in many ways this year.

First of all, since homecoming is the week of Oct. 10-14, students are out of school on Monday of homecoming week for a teacher workday.

While this gives students only four days of school activities, an extra day to rest and prepare for the hectic pace of homecoming week definitely is valuable. On Tuesday, students will enjoy the Panther Princess competition during the school day. Parents and teachers return to PHS Tuesday night at 6 p.m. for open house. While so many nights out during the school week are challenging, being in the school during homecoming week will allow parents a peek at homecoming signs and decorations.

Wednesday begins a huge day of homecoming festivities including powder puff kickball for freshmen and sophomores and powder puff football for juniors and seniors. Immediately following powder puff games, a pep rally will take place at the PHS stadium. On Thursday night, karaoke fun will take place at the amphitheater in Old Town Helena from 6:30 p.m. until 9 p.m. Although, traditionally karaoke takes place in the senior parking lot, ongoing construction of the school’s new wing prevents the lot from being easily accessible to the school. Helena’s amphitheater will make a fun alternate site for PHS karaoke. Friday night’s homecoming football game against Spain Park allows both current PHS students and PHS alums to come out and cheer for the Panthers as they face the Jaguars in an important region game.

Saturday night’s traditional PHS homecoming dance also changes location this year. To avoid long walks from the parking lot and the dust and dirt associated with construction, the dance is moving to the new Helena Sports Complex. On Saturday night from 8 p.m. until 11 p.m., students will gather for the homecoming dance. Senior leadout is planned for 9:45 p.m.

PHS homecoming is different this year, but the festivities and fun will be memorable thanks to the hard work of the SGA and SGA sponsors Ross, Emily Murray and Tonya McGairty.

“As we’ve learned this year, flexibility is key in making any event at PHS run smoothly,” Ross said.

Catherine Schmidt, a PHS senior, a National Merit semifinalist and an avid reader, sits among her favorite books. (Contributed) By... read more