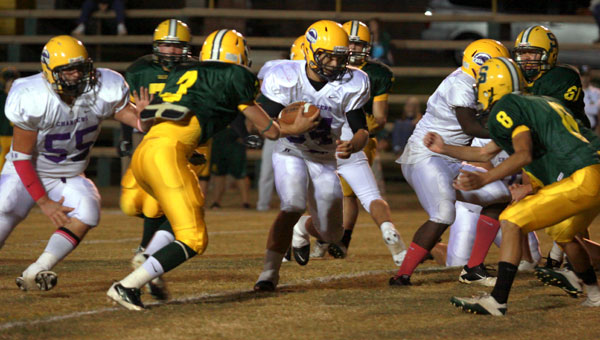 The Cornerstone Christian Chargers clinched an AISA 1A, Region 2 win Oct. 14 with a 41-21 on the road at Sparta Academy.

“Our offensive line and defensive line, they both played really well,” Cornerstone head coach Tim Smith said. “That was the difference in the ballgame tonight.”

Junior quarterback Adrian Young got the ball moving for the Chargers with a 7-yard touchdown in the first quarter. Junior Dalton Lodge added the the Cornerstone lead with a 1-yard touchdown run to close out the first half.

Young was completed 2-of-2 passing attempts for 63 yards. Lodge rushed for 92 yards and three touchdowns on the night, and Stevens added 57 yards and one touchdown. Senior Clayton Halbert totaled eight tackles and one sack for the Chargers.