Jim and Dorothy Wyatt of Alabaster celebrated their 50th wedding anniversary with a trip to Lake Tahoe and Yosemite National Park in September 2011. Accompanying them on the trip were their close friends Ron and Rosemary Green of Pelham. 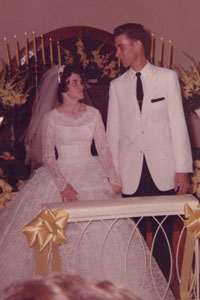 Why does my pet need those shots?

By DR. FRED SELF / Veterinarian In recent years, and not just in Alabama, a lot has been made about... read more