Grinch no match for Helena residents 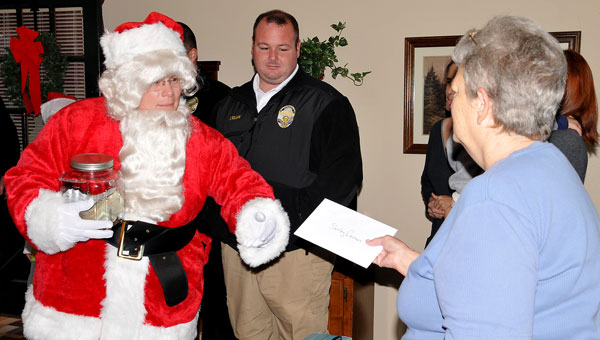 I am sharing here an event that most Helena residents know about, but it is such a good story, it bears retelling for the rest of Shelby County.

In broad daylight on Dec. 20, thieves broke into Shirley Garner’s home off Shelby County 13, leaving a trail of wrapping paper and ribbons across her yard.

Gone were her television, other valuables and all the Christmas presents under her tree.

When Hal Woodman, No Sleep in Helena blogger, heard of the situation on Facebook from Garner’s neighbor, he knew he could count on our community to help. 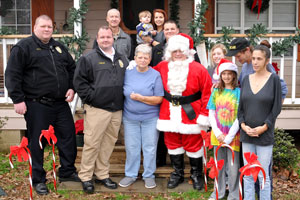 Woodman posted, “I think we need to do something about this. No one should get Christmas stolen from them in Helena. I doubt these Grinches will show up Christmas Eve and return everything, so it is up to us in Helena-ville to try to put something together to save Christmas.

“I spoke with Raven Allen last night and will try to contact Shirley tomorrow. I have some money that my parents gave me for Christmas that I can give and maybe we can wrap up some small children’s presents and take them to her. Come on everybody, this is what it is all about. Let’s make it a special Christmas in Helena for her!” he wrote.

After brainstorming with the late-night Facebookers, a donation jar was placed at Jay Modi’s Chevron station, along with a Christmas card, and people from all over drove by to contribute.

By Thursday night, more than $1,200 was in the jar and by Friday morning before Woodman, donned a Santa suit and headed out to surprise Garner, it had grown to $1,600.

“Their heartfelt concern for the family was really moving. They took up a collection among the officers and bought her a TV to replace the one that was stolen,” Woodman said.

Friday morning, the entourage arrived at the Garner home, completely overwhelming her with armloads of gifts that they spread under the tree.

Woodman presented Garner with the card and donation jar and spoke about Shirley Garner’s 27 years of service safely delivering our children to school in Helena, saying “she has touched the lives of thousands whether she knew it or not.”

“What a wonderful community! You stood up and made a Christmas miracle happen in less than 18 hours! I honestly have not seen anything like this,” Woodman posted later.

Days later, Woodman said he was still smiling thinking about how everyone pulled together. And Helena police have vowed to find the culprits.

For more photos, see the Dec. 23 update at: Helena-alabama.blogspot.com.

The Helena United Methodist Church Blue Christmas service is held to let anyone who is hurting know that there are... read more