Unity is right on time 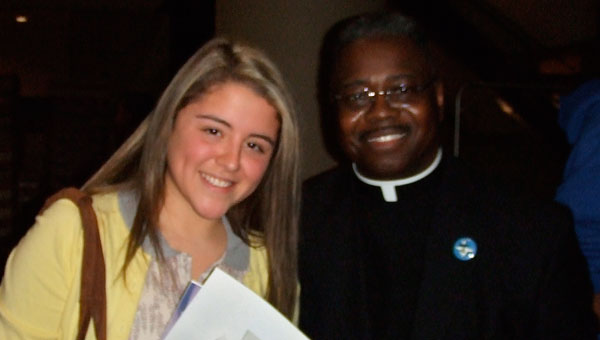 “Okay, Scarlett, I’m listening,” I said, turning away from my computer and focusing on my student.

“I want to spend my senior year in France as an exchange student, and I need a letter of recommendation. Would you write a letter for me?”

An intense conversation followed. I would be glad to write this wonderful student a letter of recommendation, but I had questions first. Was she certain that she wanted to spend her senior year abroad? Would she regret missing her last year in high school here? Was she ready to be on her own in a foreign country? How did her parents feel about her request?

Reynoso assured me that, while her parents did take some convincing, they were at peace with her plans. She also convinced me that this choice to spend her senior year in France was the right choice for her.

Red tape surrounding the exchange student agreement required Reynoso to finish up credits in Shelby County to earn her diploma after she came home.

“I discovered the world, but I also grew to appreciate home more. I’m happy to spend another year at PHS,” Reynoso said.

Reynoso’s perspective as a global citizen is both enlightening and award-winning. Reynoso not only won our school’s Martin Luther King Jr. essay contest, but also made school history by placing third as our school’s first finalist in the Greater Birmingham Metropolitan Area contest. Reynoso won $750 and the honor of being seated at the Martin Luther King Jr. Unity Breakfast head table.

Reynoso’s essay opposed recent Alabama legislation by citing Dr. King who said, “Never again can we afford to live with the narrow, provincial ‘outside agitator’ idea. Anyone who lives inside the United States can never be considered an outsider anywhere within its bounds.”

Reynoso pointed out that “Dr. King wrote this powerful statement in his ‘Letter from A Birmingham Jail.’”

Reynoso described the Dr. Martin Luther King Jr. Unity Breakfast as, “a joyful celebration recalling Dr. King’s work and underscoring its contemporary perspective. Rev. Clarence Williams made a poignant speech reminding the audience that, ‘we are in the right place at the right time to make a difference.’”

Definitely skilled at being in the right place at the right time, Reynoso said, “It’s important to me to continue the humanitarian work of Dr. King.”

Wisdom for a new year